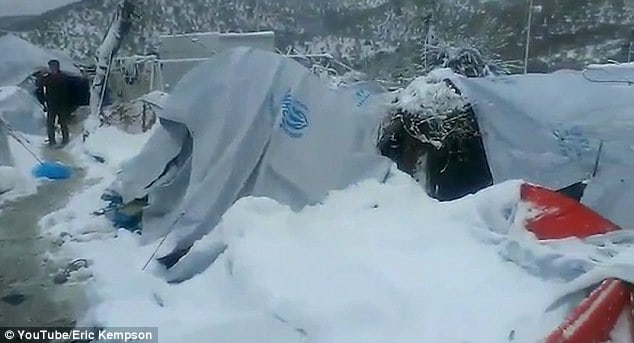 This weekend, footage became public of refugees in Greece living in snow-covered tents at the UN-sponsored Moira camp without any means of warming themselves up.

This footage comes shortly after Greek’s Migration Policy Minister publicly said, “There are no refugees or migrants living in the cold anymore.”

The ground surrounding the tents is covered in snow and some tents are even in danger of collapse because of the weight of the snow on top of them. The snow has begun coming into the homes.

Almost six thousand refugees are living in the camp, where sources report the tents are overcrowded and over capacity.

The spokesman for the UN’s refugee agency said that heaters, insulation, thermal blankets and sleeping bags are being distributed.

“The need for better protection will become all the more acute this weekend when temperatures on the islands are expected to drop. We are worried.”