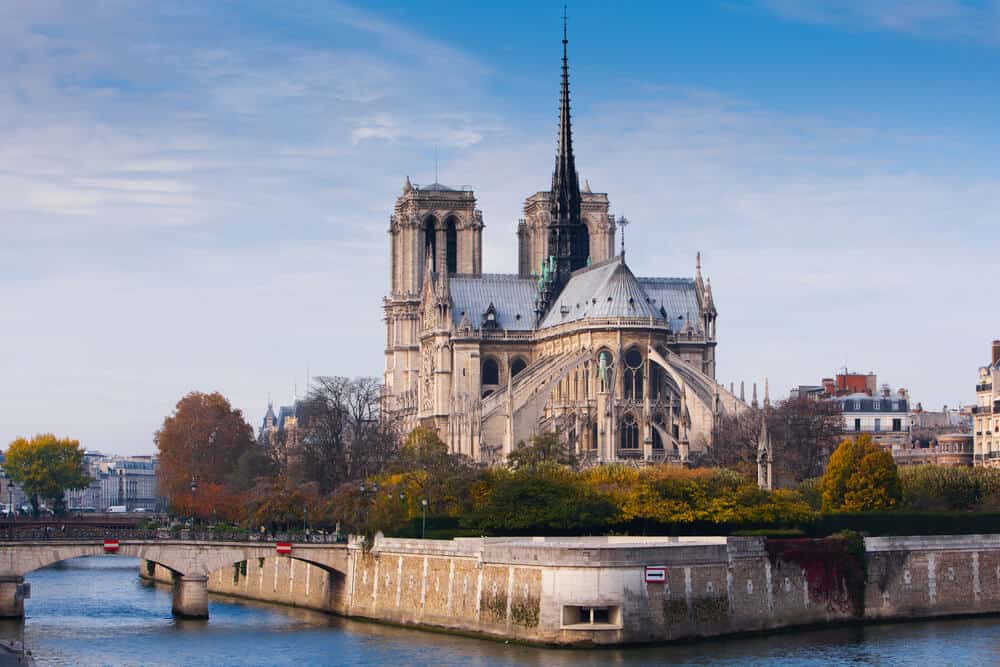 Even though parts of the wreckage are still deemed too unsafe for people to enter the building and assess the damage in full, there’s already been a lot of promises about rebuilding Notre Dame. Experts say the restoration could take decades. French President Emmanuel Macron promised it would be complete in five years.

The French President is hopeful the building will be complete by the time Paris hosts the 2024 summer Olympics. It seems French Prime Minister Édouard Philippe is on a similarly aggressive timeline.

This week, Philippe announced a global design competition to replace the cathedral’s iconic spire, which was lost in the fire. The announcement has only added to the restoration debate, with some people arguing the spire should be rebuilt exactly as-was, while other people insist this is a chance to bring the building into the 21st century.

“This is obviously a huge challenge, a historic responsibility,” Philippe told The Washington Post. He said the new design would have to be “adapted to technologies and challenges of our times.”

Meanwhile, Benjamin Mouton, Notre Dame’s former chief architect, insisted the spire must be rebuilt as it was, calling it a “masterpiece.” The Washington Post describes people in Mouton’s position as “traditionalists.”

The design competition would add a modern voice to a building that had its first cornerstone laid in 1163. Notre Dame has been revised over the centuries since, but the rehabilitative work has always been with the historical and classical elements of the architecture in mind. Remember, for places outside America, buildings aren’t often considered historic unless they date to the Middle Ages.

In that respect, the spire of Notre Dame was one of the newer parts of the building. It was added in the mid-1800s, replacing an old spire that was taken down after centuries of wind damage. Would a 21st-century spire be an eyesore on the cathedral? It’s hard to say. Maybe in a few hundred years, the spire will have aged just as well as the one we just lost.