The world may not know a lot about exactly what conditions are like in North Korea, but what we do know is grim: Experts estimate that hundreds of thousands have died in the country’s network of prison camps. The North Korean government feeds its citizens a stream of propaganda and tries to keep them cut off from the rest of the world.

The situation is dire, but, according to Liberty in North Korea President and CEO Hannah Song, there is hope. We talked to her about the current situation in the country, how things are changing and the potential hope for North Korea’s future.

Can you talk a little bit about what life is like for the average North Korean?

It’s definitely still extremely challenging and oppressive. There are still people who are making that dangerous escape out of the country every year. North Korea is still extremely closed off and underdeveloped. It’s very challenging to look at and see and know that simple curable diseases like widespread tuberculosis and chronic malnutrition still affect a lot of people inside of the country. So there still is a lot of poverty.

The North Korean government maintains a really tight control over all religious activities as this is an area that is a particular threat to the regime and ideology. North Korea utilizes this Songbun classification, which is similar to a caste system. It essentially categorizes citizens based on their background and loyalty to the state. Religious believers typically belong to the lowest Songbun class. And spreading Christianity is considered a political crime.

There is a system of political prison camps that exist today that have been compared to Nazi concentration camps. The conditions in these camps are absolutely horrific. Things that are happening, regular occurrences at these camps are things like torture, rape, forced abortions, starvation, forced labor. And political crimes are what can get you ending up in one of these camps. So anyone who is engaged in religious activities outside of the state’s permission are arrested, tortured, imprisoned and sometimes even executed.

There have been a number of Christians arrested for being part of an underground church or families that were being imprisoned in these political prison camps for holding worship services or even someone being executed for being in possession of a Bible. It’s estimated that thousands of religious believers are imprisoned in these political prison camps today. It’s difficult to know exactly how many, but from what people who have come from these camps have estimated, it’s in the thousands. It’s also reported that these religious prisoners are treated far worse than the other inmates and are oftentimes subjected to constant abuse or being forced to renounce their faith.

Is there awareness within the country about some of the problems?

[One North Korean refugee] told me when he was resettled in South Korea after making that escape, it was like getting out of a time machine 50 years later. That’s how far behind things were. I’m talking from information perspective, technology perspective, from a globalization perspective. It was extremely challenging for him in his resettlement.

That really illustrates how far behind the North Korean system is. It’s not creating any sort of economic development, and that’s important. These human rights issues are extremely important, as well, but the economic issue is a really important one because we’re talking about the general lives of everyday North Korean people. They are becoming increasingly aware of this economic divergence and wondering, “How come a country like China that was poorer than we were 30 years ago is now clearly thriving?” Because for people who live on the border of China, they can actually see the development and the bright lights right across the border. And so these are the types of things that North Korean people are becoming increasingly aware of and are trying to really overcome these challenges.

And it’s important to note also that change is happening. Over the last 15 to 20 years, a lot of change has happened on the ground level and it has been driven by the North Korean people. When we look at any sort of progress of what’s happened in the country, it’s important to note that it’s been the North Korean people who have created that despite the conditions, not that the progress has come from the top down, nor should it be credited to the government.

A recent Frontline documentary about North Korea showed that there seems to be talk among some people in the country of resistance, maybe for the first time in decades. Is an uprising against the regime actually a future possibility?

You know, the Frontline documentary was able to show some great footage of the pushback from your everyday North Korean people who are arguing against local government officials. I think, on that level, it’s definitely possible for that sort of pushback to happen. There are lot of things that have been going on in North Korea again over the last 20 years, and a lot of that has to do with the famine in the mid ’90s and the collapse of the state-socialist economy and the burgeoning of this grassroots marketization that has happened. It was the North Korean people that really drove these markets, and it was through these markets that people began to have more access to goods and things like that to provide for themselves and also truly being able to access information that was coming into the country.

All of these types of things have contributed greatly to some of these important changes that have been happening over the last few decades—a big part of that being changing mindsets. There has been this decay of power, this everyday disobedience, and I think that’s really important. It may not be a very large gesture that we may imagine, but but this everyday habitual disobedience is important—because the mindset of the North Korean people is that you have to break the rules to survive in that country today. There’s rampant corruption and hence there’s sort of this decreasing authority of regime officials.

With that being said, however, it doesn’t seem like the conditions are there in the short term for a massive scale people power movement because repression and restrictions are still extremely strong. The government has zero tolerance for any form of dissent. This is the reason why inside of that country, we literally do not see a single figure rising to the front like we have seen in other places. There is still this policy that any form of political dissent would be severely punished, quickly quashed.

So, in the short term, I don’t think that this type of massive scale movement would be possible. But in the long run, there are definitely these long-term irreversible and unstoppable social changes that are making the current system unsustainable. It’s impossible to know when and how things will change, but we firmly believe that it will. And we really believe that we can play one of the biggest roles—and by we I mean the international community—in terms of helping to accelerate these important changes that are happening.

Visit libertyinnorthkorea.org to learn more about how to get involved with LiNK’s work helping the people of North Korea. 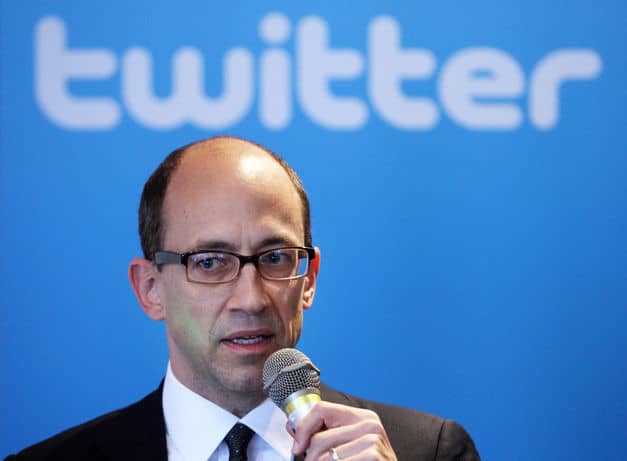 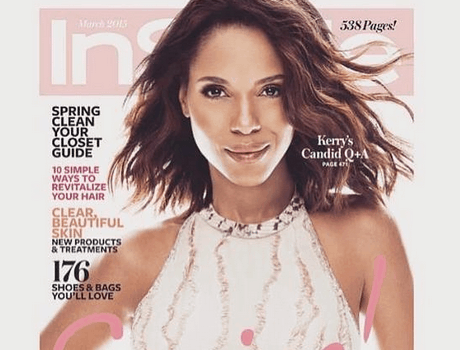 Who Is This Woman On the Cover of ‘InStyle’ and What Has She Done With the Real Kerry Washington?