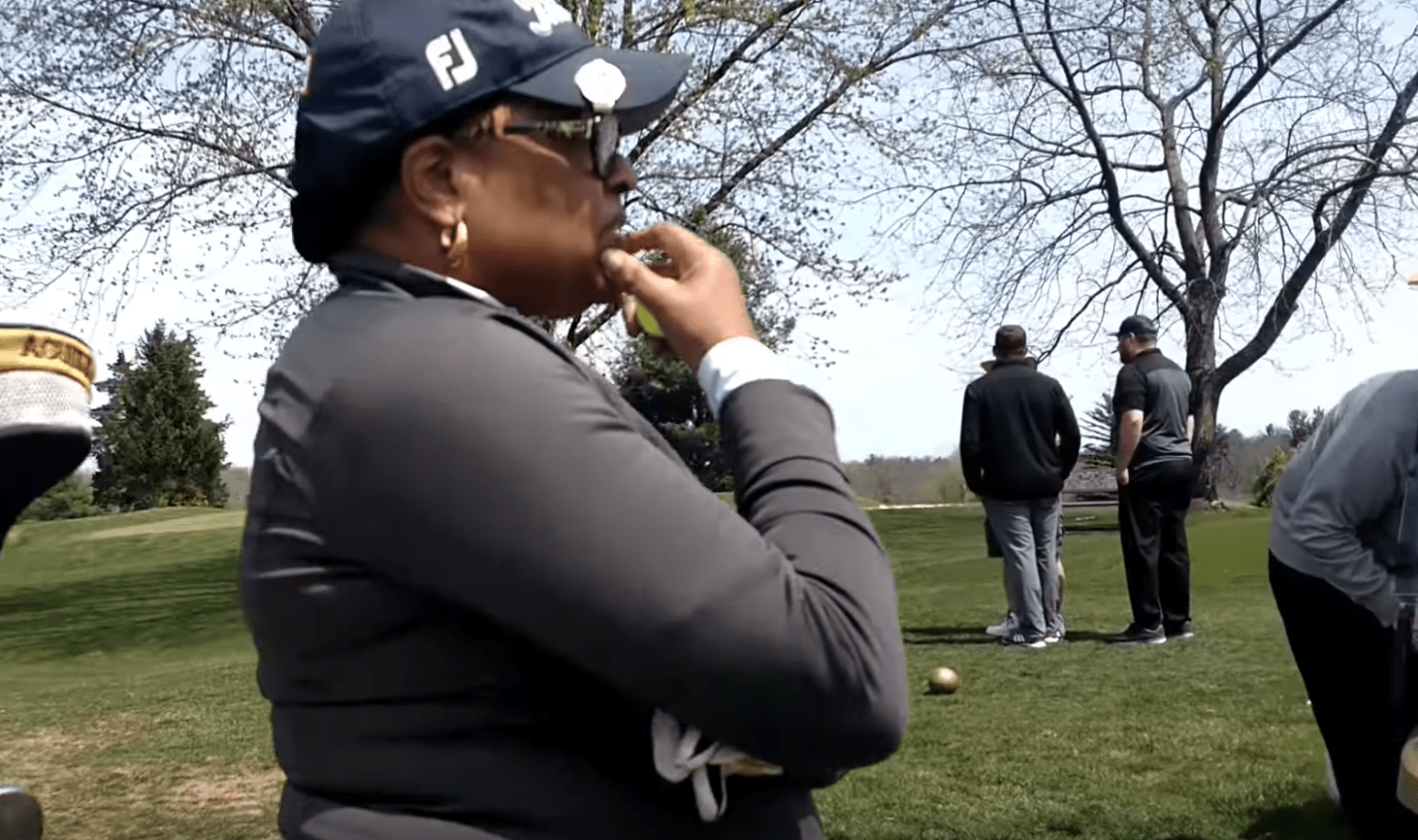 Over the weekend, Sandra Thompson and four friends met at Grandview Golf Club in Pennsylvania to play a round. The women are each members of the club and part of a group of local female golfers called Sisters in the Fairway. They know golf etiquette and have lots of experience on the course.

While they were playing the second hole, the father of the course’s co-owner approached the group and told them they weren’t keeping up with the pace of play (it’s customary in golf to match the pace of the groups before and after your group, so as not to disrupt other rounds). At the same hole, a golf pro with Grandview told them their pace was fine. The women were keeping up with the group ahead of them. All the same, the women skipped the third hole to make sure they weren’t holding anyone up.

It didn’t help. At the ninth hole, where it’s customary for golfers to take a break before the back half of their round, the women were told the police had been called because they were taking too long. Thompson has a video showing the group behind the women were still on break as well, so there was no need for the criticism.

Police arrived after calls from the co-owner and his father, but they saw nothing wrong with the situation, made no arrests, and no charges were filed.

“We were called there for an issue, the issue did not warrant any charges,” Northern York County Regional Police Chief Mark Bentzel told the Associated Press. “All parties left and we left as well.”

Club co-owner JJ Chronister said Sunday she called the women personally to apologize (her husband, Jordan Chronister, participated in some of the harassing behavior): “We sincerely apologize to the women for making them feel uncomfortable here at Grandview, that is not our intention,” she said. “We want all of our members to feel valued.”

One of the women, Myneca Ojo, told a local newspaper: “I felt we were discriminated against. It was a horrific experience.”

The US Has Only Taken in 11 Syrian Refugees This Year. This Is a National Disgrace