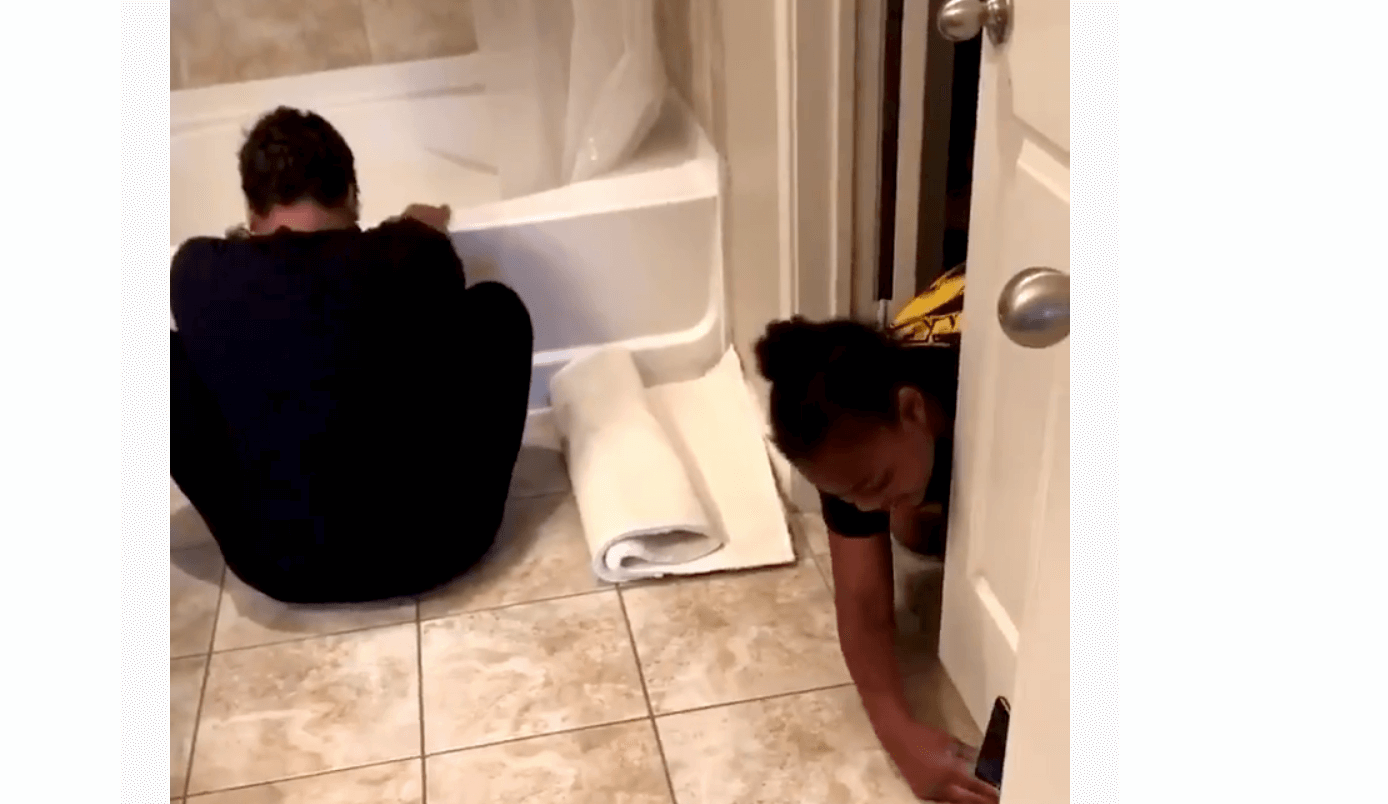 A popular video meme is going around the web where people are appearing to climb into an invisible car and drive away across the floor. Well, one Twitter user, Jaylynn Malone, has in part divulged how to pull off the feat in a series of videos.

First, the video that started it all:

Today this is what my sister came into my room to show me pic.twitter.com/3TiubH1VxR

Mrs. Malone, it would appear, was so stunned by the video that she implored her daughter to show her how it’s done. While we don’t see exactly what goes down during recording, it looks like the video is made by reversing the footage of someone pushing off from the bathtub and scooting along the ground. Check it: