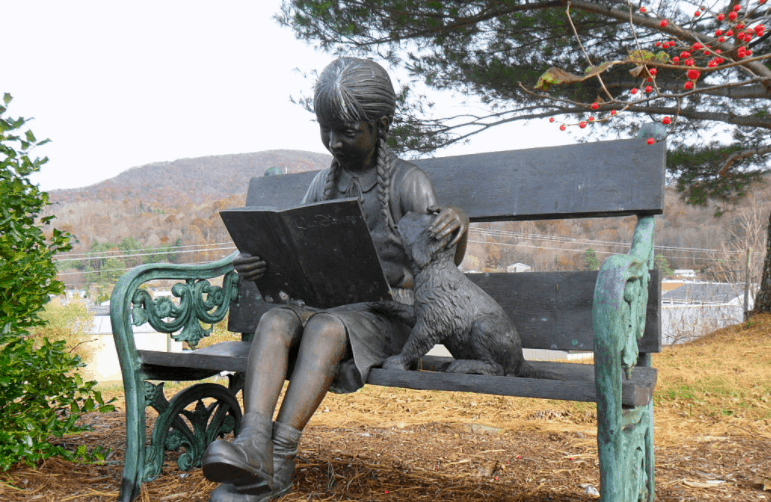 On Thursday, Los Angeles Times correspondent Matt Pearce took to Twitter with a question: “What are your favorite public statues?”

The question was pretty clearly a reference to the Confederate statue debate that it is once again at the center of the public discourse after the Charlottesville rally last week that turned violent. The responses ended up being a fun, fascinating celebration of one of humanity’s oldest art forms, celebrating a variety of statues. Some are funny and entertaining, some are sobering and thoughtful, but all point to the power of public art and the necessity that the power be used responsibly. Here are just a few selections.

Jim Henson and Kermit at the University of Maryland pic.twitter.com/uk8gdpCpwv

Make way for ducklings statue in Boston public garden. People dress them up at holidays and after/during important events. pic.twitter.com/HYaLhDMPuH

Similar feelings about the Famine memorial in Dublin pic.twitter.com/pwLuQptVRK

this one in Montreal which has perplexed me for years pic.twitter.com/MvOfMhL3yZ

It's not a "favorite," but the image has stayed with me more than most others. Shoes on the Danube in Budapest, a Holocaust memorial. pic.twitter.com/3locJw1mJT

earnestly, the Underground Railroad Memorial in Detroit is beautiful pic.twitter.com/4gZtOQYb1r

(In all seriousness, maybe this) pic.twitter.com/byccW6UV5t

On the border of China and Mongolia there's two dinosaurs kissing pic.twitter.com/FRkMeGXHD5

dr. seuss was born in the area i grew up in so we have a p cool dr. seuss statue!!!! i know dr. seuss is problematic but he had some bangers pic.twitter.com/YU7lauFuWo

oh i forgot!!! it's actually a sculpture GARDEN!!! anyway, it's good. pic.twitter.com/4sYi5o4idG

Albert Einstein is the absolute chillest of all the open-toed-sandal-wearing memorials. No one can convince me otherwise. pic.twitter.com/mQwD00wOwk

The statue of Phil Lynott (lead singer of Thin Lizzy) in Dublin, Ireland. Hands down. pic.twitter.com/ccDReYX2lp

Brussels Sewer Urchin Tripping Police Officer has to be up there. pic.twitter.com/8JSyo9MBnj

The Kindertransport memorial at Liverpool Street station in London commemorating the Jewish children who came as refugees in 1938-39. pic.twitter.com/4ZGEjNUNaI

The Bussa Emancipation Statue in Barbados. How different we would be if we celebrated the human spirit, not the human ego. pic.twitter.com/tcZcWDeLgC