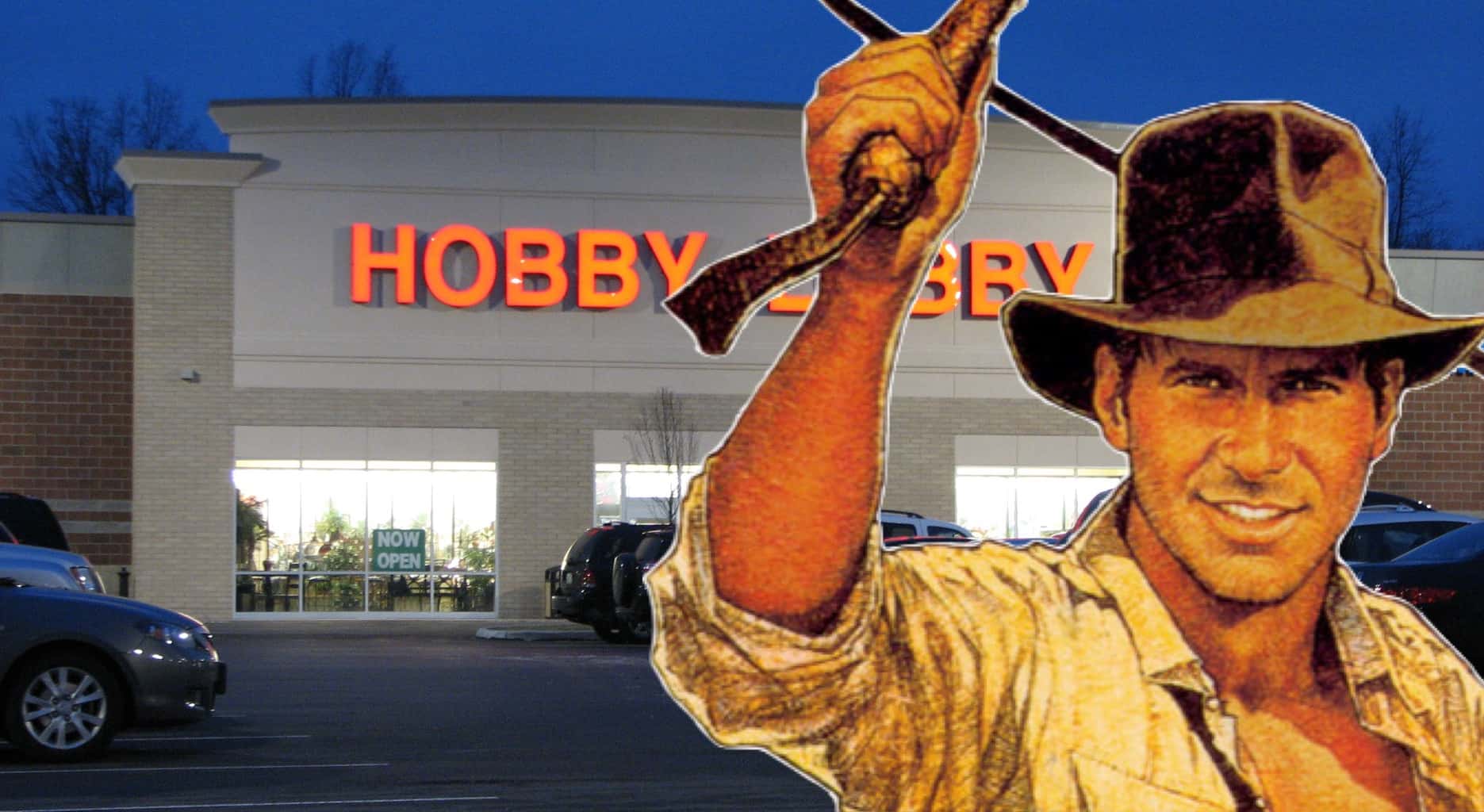 In a story that’s one part Indiana Jones, one part Nana’s craft day down at the local bingo hall, and every part bananas, Hobby Lobby—the giant arts and crafts retailer and apparent scourge of the global archeological community—is being forced by the U.S. Justice Department to return thousands of illegally acquired ancient Iraqi artifacts and pay a multi-million dollar fine.

It’s a weird case full of more twists and turns than a National Treasure sequel, but here are the basics. The Green family, famed owners of Hobby Lobby who made headlines a few years ago for protesting the Affordable Care Act’s birth control legislation, have a reason for acquiring ancient artifacts: They’re behind the Museum of the Bible, a new, massive nonprofit museum opening in Washington D.C. later this year full of interactive exhibits, historical Bible-themed items, text and ancient items from Bible times.

Law enforcement officials say Hobby Lobby president Steve Green personally visited the United Arab Emirates back in 2010 with a consultant to take a look at more than 5,000 artifacts like cuneiform tablets and balls of clay with ancient seals, worth millions of dollars.

The deal was apparently arranged by one UAE dealer, two Israeli dealers and one more Israeli man who was not present for Green’s inspection. One of the Israeli men allegedly told Green that they had acquired the items legally back in the 1960s.

Even so, Green’s consultants advised against the purchase. “I would regard the acquisition of any artifact likely from Iraq … as carrying considerable risk,” that expert told the company in an in-house memo. “An estimated 200-500,000 objects have been looted from archaeological sites in Iraq since the early 1990s; particularly popular on the market and likely to have been looted are cylinder seals, cuneiform tablets.”

The expert also warned the Green family that if the tablets did turn out to be smuggled away from archeological sites, they’d carry a huge fine.

Hobby Lobby ended up going ahead with the purchase, paying $1.6 million to five different people associated with seven different bank accounts. The artifacts were shipped to the U.S. disguised as tiles, and were sent to multiple locations with false invoices.

A statement on Hobby Lobby’s website says that the company “was new to the world of acquiring these items, and did not fully appreciate the complexities of the acquisitions process. This resulted in some regrettable mistakes. The company imprudently relied on dealers and shippers who, in hindsight, did not understand the correct way to document and ship these items.”

And Green himself also released a statement, saying that he “should have exercised more oversight and carefully questioned how the acquisitions were handled. Hobby Lobby has cooperated with the government throughout its investigation, and with the announcement of today’s settlement agreement, is pleased the matter has been resolved.”