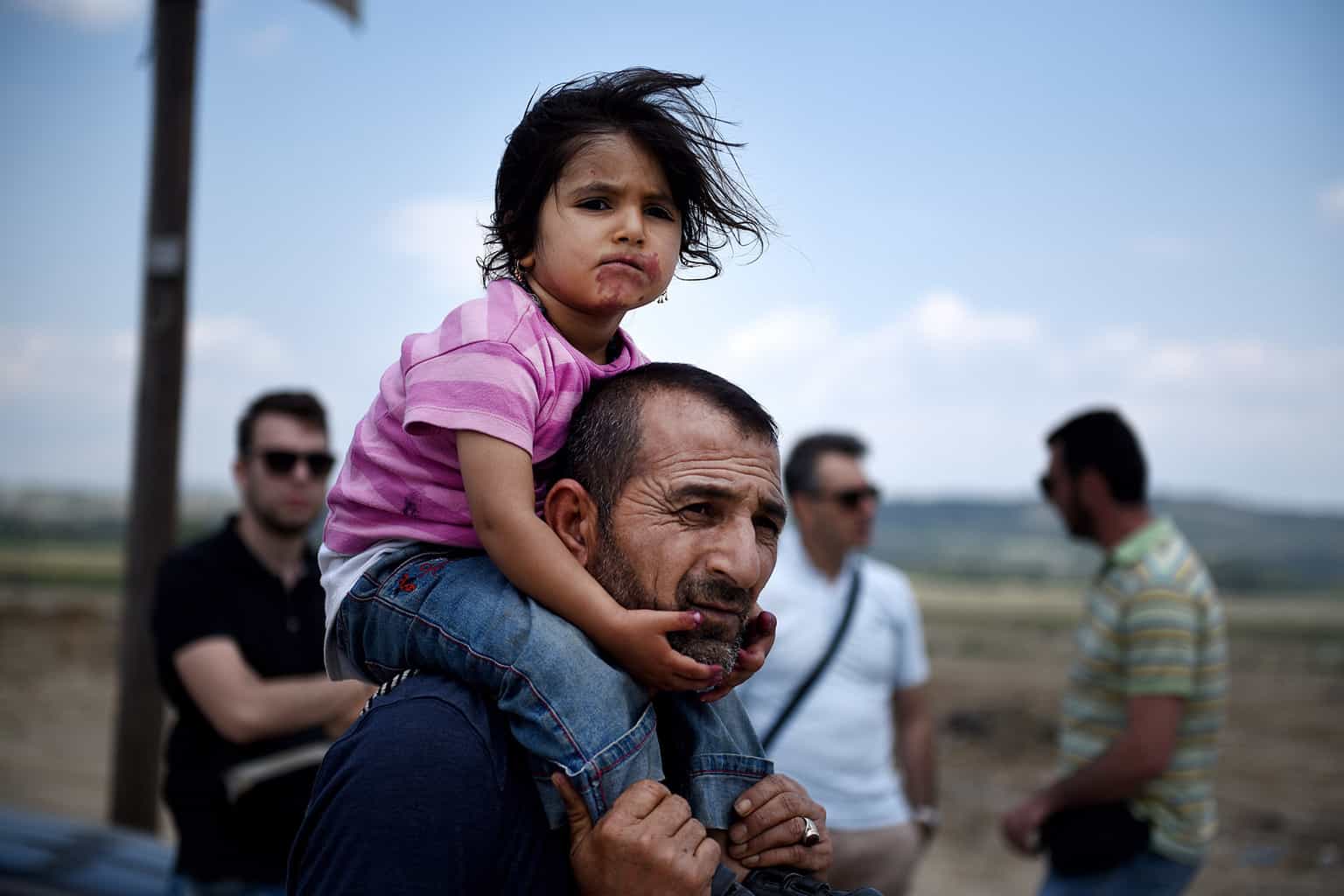 In 2015 I spent a few weeks in Thessaloniki, Greece. All that I planned to bring back with me was a few extra pounds from a daily diet of souvlaki, gyros, and bougatsa. I should have left extra room in my carry on bag for a faith crisis.

During my stay, I watched dozens of Middle Eastern men and women gather in the shaded areas of Aristotle Square, different people each day. Out of curiosity, a few friends and I timidly approached and spoke with several of them sitting casually in the shade of a large tree.

We learned this square served as a common stopping point on the way to the Macedonian border for refugees fleeing Syria. It was easy enough to get into Greece with its relaxed borders at the time, which gave them the hope of reaching friends or family for asylum in other parts of Europe. But none of these people we met had ever bargained on this life—they were doing what they had to in order survive.

One young couple we met had ridden on a boat that sank in the Mediterranean. Most of those who escaped Syria with them didn’t escape the waters that night. Another young man got just far enough out of his village to see his own government level it with bombs. Still another man had been imprisoned by insurgents after he refused to participate in the killing of women and children. He escaped in the night, but he doesn’t know if anyone else he knew in the world is still alive.

Some of the people we met lost everything because of ISIS, others because of Assad. Most gave everything they had ever earned to the Syrian Mafia for a one way ticket on a perilously overcrowded boat to take them across the sea. Staying would mean losing even more.

Despite all they suffered, these people welcomed us, strangers, into the closest thing they had to a home—the quiet shade in a public park. They offered us what they could, a couple freshly rolled cigarettes. And they shared their lives with us. We didn’t directly talk about either theology or politics. But my conversations with these refugees touched me deeply and forced me to reconsider my carefully framed theology and my precisely shaped political views.

These people and what they had been through were more real than anything I had ever believed. And that was more than my worldview could handle.

I never realized how Evangelical I was growing up. Nor did I understand what a denomination even was until I found myself at an Assemblies of God university. I found the theologians too liberal. It was the apologists who offered my the certainty that kept me comfortable. Then, as now, I found it hard to tell whether politics was the root of my faith or faith the root of my politics. Raised among good Republican church goers, I thought myself radically against-the-grain as a staunch Libertarian: be fiscally responsible, take care of yourself, take care of your country.

In particular, I was against international intervention, not because there was no need for it but because it didn’t affect me. I cared about my country because I cared about my people because I cared about me. I had tunnel vision that only allowed me to recognize those directly tied to my life and my wellbeing as fully human. Anyone who was not doing well was not working hard enough or smart enough. Anyone who worked hard would eventually do well. That was, I believed, just how God and Thomas Jefferson made the world work.

My Crisis of Faith

That line of thought fell apart pretty quickly when I met this kind, brave, newly married couple sitting on the ground in a park in Thessaloniki, so far from their home in Syria, clutching the one backpack they owned between them. What did they do wrong? Is it a cosmic crime to have been born in Syria in 1988?

And as I watched my logic crumble on this one belief, I started seeing my thinking fall apart on so many other hasty assumptions I had held. All of a sudden the high ground I was standing on was gone, and it felt like everything I ever knew was wrong. And the baby went right out with the bathwater. Faith, politics, every system of belief came into question—all I knew was that what I had believed simply did not work.

It took a long time for the baby to crawl back into my life. I had to accept that the bathwater had been the source of the filth, and that it was my fault for not separating the two properly. I had to accept that my understandings of God were wrong, and that God existed beyond my understanding. My notions about the Church did not work—yes, some parts of the church were certainly broken—but the Church itself could still be good. I had to accept that the way I read every story in the Bible, every word from the mouth of Christ, did not apply directly to my life—at least not the way I had assumed—and yet they could still be inspired Words of Life.

The hardest pill I had to swallow was the realization that I am certainly not the marginalized for whom Jesus would have advocated but rather the person Jesus would have challenged—is challenging—to set down my privilege and to welcome the stranger. I am more priest than Samaritan. I am more Goliath than David.

I’m still disentangling my politics and my religion. They are so culturally tied together that I sometimes get dizzy looking for where one ends and the next begins. At least now I know to always start by asking, “Does this look more or less like The Kingdom of God?”

Joey Norman is a 9 on the Enneagram and a Gryffindor. The sixth best day of his life was when Pottermore released the Patronus quiz, and the third was when he quit working at Papa John’s.