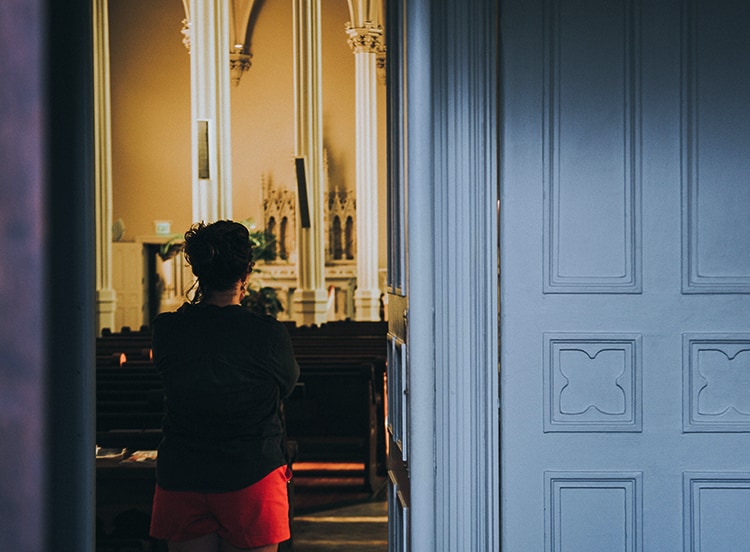 When the Harvey Weinstein sexual abuse scandal broke earlier this month, the shocking number of victims who came forward left many stunned—but others felt that it was a long time coming. Indeed, Hollywood has been rumored for years to have a problem with sexual abuse, as male media moguls have pressured and exploited newcomers with the unspoken promise of helping to advance their careers. Young women have been especially preyed upon in the industry, in ways both subtle and nefarious.

For the time being, the Weinstein scandal seems to have blown the lid off of sexual abuse in Hollywood, with many women speaking out using the #MeToo hashtag to share their stories of exploitation at the hands of powerful men in the entertainment industry. Weinstein’s poor excuse that “that was the culture back then” has backfired as an ever-growing body of damning evidence reveals an insidious cultural cancer that very much plagues Hollywood today.

As consumers of entertainment culture, we should stand with the brave souls who are coming forth and sharing with intense pain the stories of their experiences, exposing Hollywood’s darkest secret to the world. And as Christians, whose Author reserved his severest reactions for injustice and hypocrisy, we must look inward and ask ourselves whether we’re as vigilant in exposing the very same problem within our own churches.

In an article published in RELEVANT last week, Ashley Easter wrote, “To say that abuse is an epidemic in the Church would be an understatement.” While the Catholic Church’s child sex abuse scandal is perhaps the most ingrained in the public consciousness, in Evangelical circles, the problem remains largely out of the spotlight, in contrast with the gravity of the situation.

Charges of sexual abuse within the Protestant community are too numerous to list. Mennonite stalwart John Howard Yoder, the prominent theologian and pacifist, had sexual encounters with over 100 women, including everything from public harassment to instances of intercourse. Donn Ketcham, surgeon and missionary with the Association of Baptists for World Evangelism (ABWE), had multiple extramarital affairs with fellow missionaries, and sexually abused 18 children, between 1961 and 1989 (in spite of multiple interventions).

Accusations of child rape and molestation over three decades rocked Sovereign Grace Ministries, while founder C.J. Mahaney—who reportedly helped to cover up the scandal—emerged relatively unscathed and continues to pastor a church in Louisville, Kentucky. (Updated Editor’s Note: In a statement, Sovereign Grace strongly denies these allegations). An independent investigation revealed that victims of sexual assault at Bob Jones University were blamed for their abuse and actively discouraged from seeking police involvement. Bill Gothard, founder of the Institute of Basic Life Principles, was accused of sexually impropriety with 34 women (four of whom claimed to have been molested), but was not removed by his organization’s board, although it concluded he had “acted inappropriately.”

This alarming trend represents only the tip of the iceberg, and in many of these cases—of which there are hundreds—the responsible parties have often been able to continue in ministry, effectively side-stepping the public scrutiny being seen today in the wake of the Hollywood scandal.

“Why” is the critical question in need of an answer: Why do we tolerate, and at times seemingly dismiss, such abhorrent behavior in the Evangelical church?

With Tinseltown investigating, addressing and publicly denouncing the actions of powerful men engaging in sexual misconduct, can it really be that Hollywood is harder on its sexual predators than our churches are?

It’s an impossible question to answer simply. Certainly the culture of sexual abuse rampant in Hollywood is now seeing the light of day, but only after a century of whispers, rumors, isolated scandals and the occasional skeleton rattling out of a closet are we finally seeing the degree to which sexual misconduct has been enmeshed with the entertainment industry. The standard to which we hold our churches—which ought to be the conscience of our culture, not a microcosm of it—should be far and away a higher and holier one than the standard by which we measure Hollywood.

It isn’t a stretch to say that sexual misconduct, to some degree, is expected in Hollywood (to revisit Weinstein’s quote that “that was the culture” when he began working in the industry). The reaction against Weinstein is, itself, only the tip of the iceberg, and the attention he had received in the wake of the scandal doesn’t solve Hollywood’s decadeslong problem of sexual misconduct, largely perpetrated against women. It’s perpetrated by the damaging attitude that that’s just the way Hollywood is.

“Ejecting Weinstein and [Amazon Studios chief] Price from their companies and denying them subsequent accolades is a start, and an encouraging one at that,” says journalist Caroline Framke for Vox. “But it bears repeating that Price and Weinstein’s falls from grace only happened once those allegations went public, not when their respective companies became aware of the misconduct in the first place.”

The way sexual abuse in the Protestant movement has been allowed to be swept under the rug, kept largely out of the public eye with its offenders dodging prosecution or even public censure, highlights one similarity between the Hollywood sex scandal and the one rocking the Evangelical community. Hollywood has protected its brass to continue generating alms for a golden calf marked “Fame, Money, Power.” Churches seem to shield abusers in order to uphold a wholesome reputation, remain in good standing with the rest of the faith community and generate a wider sphere of influence within the Christian culture.

In an interview with NPR, journalist Kathryn Joyce noted that Christian institutions have “all too often have responded in the wrong way by silencing victims, by discouraging people from coming forward to law enforcement.” She continues by suggesting that “if they are the believers they say they are, that they need to not be worried so much about their reputation and instead be worried about basically doing the right thing and allowing these facts to come to light.”

Churches and Christian organizations thrive on the reputation that their communities are God-centered, their structures protective; in a word, that they’re safe from many of the dangers experienced in secular culture. Such organizations have immense power and influence in the larger body of believers. Consolidating and maintaining that power may, in fact, drive cover-ups of misconduct since the organizations in power, particularly the leadership, have much to lose when sexual abuse becomes public. This dynamic between power and vulnerability—that victims can be easily discredited by individuals safe within their hierarchy—underscores many cases of institutional sexual abuse.

Hannah Anderson highlights this problem in a piece for Christianity Today. “Some communities use female vulnerability as an excuse to repress and control women,” she explains. “Instead of confronting evil men who take advantage of [a woman]’s God-given physicality, it’s been easier to just sequester us.”

Furthermore, Christians seem all too willing to “forgive and forget” sexual misconduct among institutional ranks, often placing individuals accused of sexual sins into new positions of authority or refusing to revoke their authority altogether. Weinstein himself tried to pull a similar move, begging to be given treatment instead of being fired. “All I’m asking is let me take a leave of absence and get into heavy therapy and counseling whether it be in a facility or somewhere else. Allow me to resurrect myself with a second chance.”

“Allow me to resurrect myself.” Joe Carter of The Gospel Coalition rightly points out how ridiculous but familiar the sentiment is, saying: “The idea that Weinstein can serve as Jesus to his own Lazarus and ‘resurrect’ himself is the pinnacle of hubris. But Weinstein’s concept of how a “second chance” works is all too common in Christian circles.” He continues:

Today, we’re surprised if a scandalized pastor waits nine months before he returns to the pulpit and the spotlight … When a person has repeatedly abused his power and betrayed our trust he needs to not only repent but also to prove he can be trusted not to harm others in the future.

In the Church, we often don’t allow offenders enough time to generate trust or wounds the appropriate space to heal. By minimizing sexual misconduct, we not only guarantee that the problem will continue, but we also disregard the victims whose lives, relationships, self-worth and connection with God and community have been horrifically damaged. It is a kind of damage that is repaired only with months and years of therapy and support—inside and outside of the Church. Yes, forgiveness is key in the healing process, but forgiveness can only take place when the sordid facts of each case has been exposed to the light.

Is Hollywood harder on sexual predators than the Church is? Perhaps, and perhaps not. The most appalling thing about sexual abuse within the Church is that it bears such a remarkable similarity to the way that the entertainment industry shields and protects its sexual predators, utterly devastating its victims.

Whether Hollywood is better or worse than the Church in dealing with instance of abuse, molestation, misogyny, misconduct and, even rape, is beside the point. If the Church cannot lead culture in calling these heinous crimes what they are and addressing them squarely, then the Church is no safe haven for women, children and the otherwise marginalized or exploited. And the damage it causes—if it continues to be accepted or ignored instead of addressed bare in Christ’s purifying light—will have eternal consequences.

President Bush Sr. Has Apologized After Being Accused of Inappropriately Touching an Actress

This Optical Illusion Makes Cars Slow Down for Pedestrians