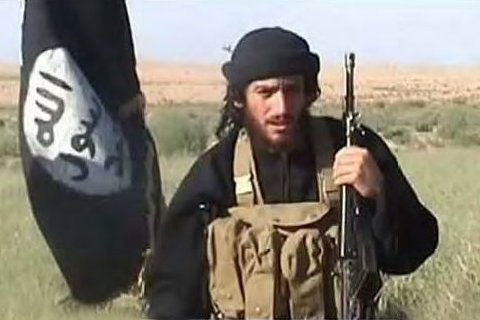 The news service of the Islamic State last night announced that Abu Muhammad al-Adnani was killed in northern Syria. al-Adnani was the senior ISIS strategist and “propagandist,” and one of the world’s most-wanted terrorists.

A report from The New York Times cites an anonymous source claiming a United States military drone did hit a vehicle believed to be transporting al-Adnani. If we can believe the ISIS news service—analysts told the Times there’s no reason not to—it was an effective strike.

The official ISIS statement says al-Adnani was killed while checking up on the group’s military operations in Aleppo Province.

Adnani, a Syrian, was a founding member of ISIS, and functioned as the group’s spokesman and “propagandist.” The videos of ISIS beheadings and massacres that repeatedly shock the world are his work.

His death would represent a major shake-up within the senior ranks of ISIS. According to reports, the U.S. State Department had a $5 million bounty on him. This could be another setback for the terrorist group. However, experts from this report suggest ISIS is built for “maximum flexibility in the face of attacks.”

Speaking to the Times, Seth G. Jones, a terrorism specialist at the RAND Corporation, said:

In isolation, Adnani’s death represents the demise of an important strategic and operational leader of the Islamic State — though only one person. Adnani is likely replaceable, and the Islamic State will replace him as they have with other operatives that have been killed.

In New Zealand, the Future of Pizza Delivery Is Now