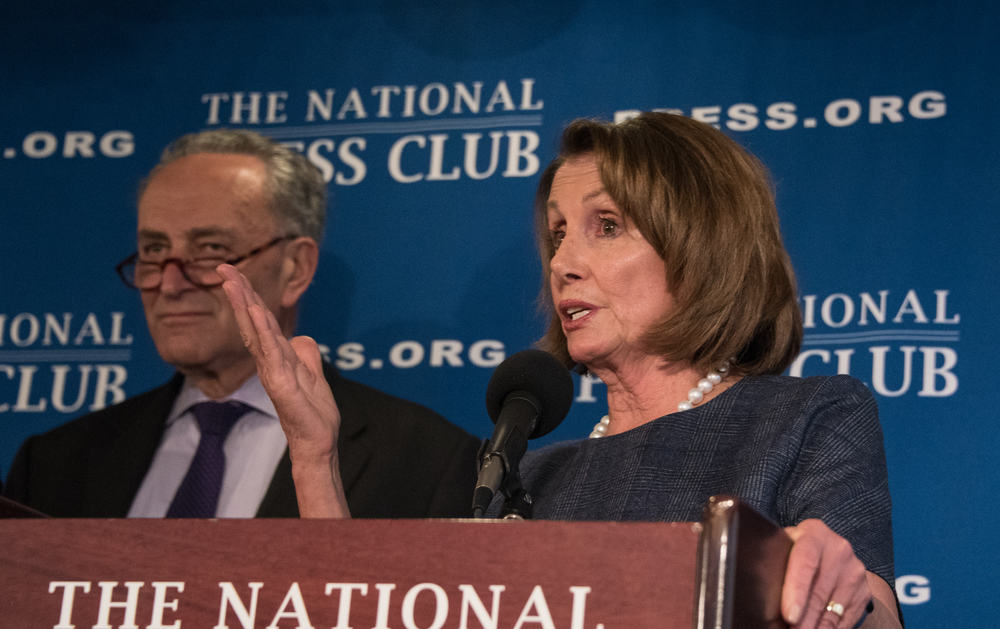 Late Wednesday night, Senate Minority Leader Charles Schumer and House Minority Leader Nancy Pelosi issued a statement saying they’d reached a deal with President Donald Trump on enshrining DACA into law, protecting the some 800,000 Dreamers from deportation. That deal, according to them, included funding for extra border security but—crucially, for Democrats—did not include funding for “the wall.”

That would be quite a deal for Democrats, who’ve made protecting dreamers and denying Trump his prized wall a key part of their legislative strategy in 2017. The deal appeared to be up in the air early Thursday, when Trump tweeted “no deal on DACA has been made” but then subsequently tweeted out a series statements outlining legislation that sure sounded like a deal.

That means all of this is somewhat tentative, but Trump did tweet out a few very positive things about DACA and suggested the “the wall” was already being built in the form of “old and existing fences and walls.” That may allude to the notion of “fencing” along the southern divide, a relatively inexpensive border security measure that started under President George W. Bush to which Democrats have signaled favorability.

Nothing is ever done in D.C. until it’s signed, so DACA recipients have a ways to go before they can breathe easy. But the very fact that these conversations are happening is yet another sign of Trump reaching across the aisles (he shocked both parties earlier this month by agreeing to a new fiscal policy proposed by Democrats over the objections of many Republican leaders). “We agreed to a plan to work out an agreement to protect our nation’s DREAMers from deportation,” Pelosi wrote in a late memo. “Hopefully, we can get this all done in a matter of weeks.”

Did a Maintenance Worker Just Find the Bones of Peter?