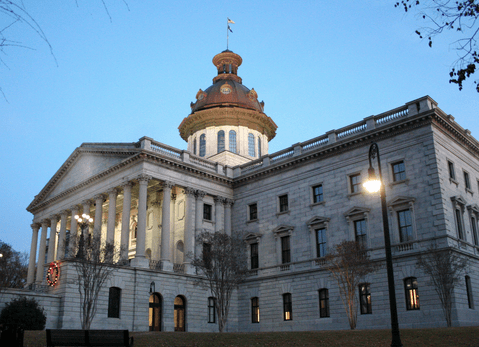 It’s been almost three weeks since nine people were murdered by a racist gunman at a church in Charleston, but lawmakers in South Carolina have now officially voted to take down a Confederate flag from the state’s capitol grounds. Shooter Dylann Roof, who shot nine people attending a Bible study at Emanuel African Methodist Episcopal Church, frequently posed with the flag in online photos. The state’s House of Representatives approved the Senate bill on a 94-20 vote, which means it will be sent to Gov. Nikki Haley—who already publicly stated that the flag should be removed—to be signed. In a statement on Facebook, Haley wrote, “It is a new day in South Carolina, a day we can all be proud of, a day that truly brings us all together as we continue to heal, as one people and one state.”