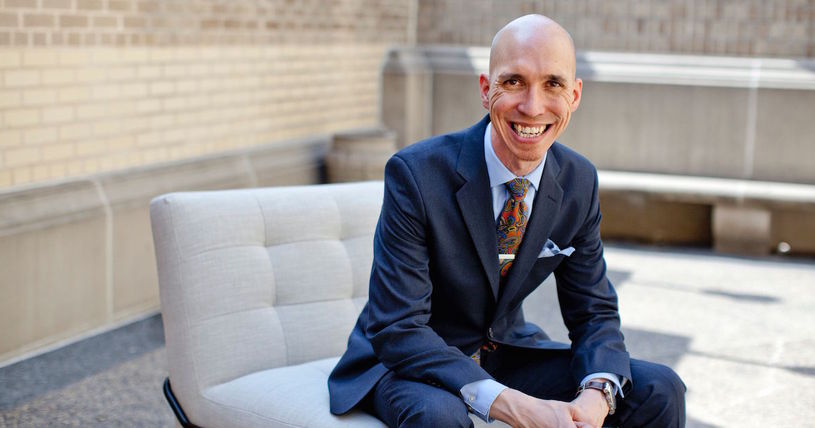 As the founder and CEO of Preemptive Love, Jeremy Courtney has seen some of the best and the worst of what the world has to offer. His organization has pioneered getting aid to places few others are willing to go, helping rescue refugees and provide aid to people who need it in places like Iraq, Syria, Libya and Venezuela.

Courtney got on a Zoom call with RELEVANT from his home in Iraq to talk about how COVID-19 is playing out differently in Iraq, how the whole idea of aid needs to be reformed and why Preemptive Love supports the Black Lives Matter movement.

It’s not politicized here the way it is in the US. There’s some machismo. There’s some, “I’m not going to get it.” There’s definitely a little doubting of science dynamics that play at times. But it doesn’t run along partisan lines in the same way that it’s taken on in the US, thankfully.

We knew this going in and so we did our best to plan for it, but then seeing it manifest itself was super disturbing: the refugees are really the most vulnerable. I mean if you look at all swaths of society, they have a lot of tick marks against them when it comes to something like this. They’re densely packed in. They often don’t have access to the healthcare that they would need in any case. They’re overpoliced and always treated as suspect so even if they were to go try to avail themselves of medical services, let’s say they are or they do turn up a positive for COVID, I think refugees in every country would then live in fear that they’re going to be deported as kind of some vector of disease. They’re cash poor. They don’t have the means to avail themselves of just open markets and open systems. A lot of them rely entirely on humanitarian aid from government distribution systems for food, which were severely handicapped, both in Iraq and Syria, Venezuela, Mexico. I mean, every place where we work, we’ve seen a big hit.

So we’ve mostly been focusing on emergency hand-to-mouth aid. Making sure that refugees and displaced people have access to food and that they don’t starve in quarantine.

We’ve heard a lot in the U.S. about all the budget cuts to foreign aid. Has that affected your work at all?

We’ve always tried to pioneer a model where it’s a charity run by the people, not ruled by the powerful. So we’ve always been somewhat suspicious of big aid. In fact, I fundamentally believe that we need big aid, and at the same time, big aid is broken.

We need big aid to be better, but it’s just burdened by all this bureaucracy and red tape and it’s slow, it’s risk-averse. We have not been deeply drinking at the well of US government money or UN money. We have some millions here and there in contracts and work that we do with those bodies, but we try to not get out over our skis with them so that we need them more than they need us. We go places they won’t go. We are innovative in ways that they are not innovative. We think in ways that they refuse to think. Most importantly, we show results and impacts that they simply cannot find anywhere else.

So, on the one hand, Big Aid is too slow. On the other hand, it can come with strings attached — a quid pro quo expectation. But you also say there needs to be Big Aid. What kind of reforms do you have in mind?

The industry, in general, is plagued by the same things that we’re talking about inside the United States right now. It’s built on the structures of white supremacy. So that’s one. Who has the power? Who gets to make the decisions? Who’s got the seat at the table and the voice? Who can see career advancement opportunities? All that stuff tends to be ruled from Europe and the United States. Those people who hold those seats tend to look like me, not like the people in many of the countries where we pour our millions to serve.

So I think you tend to get far more risk aversed bodies and structures, whereas, in my estimation and what I’ve seen going in side by side with locals, is that locals tend to be way more eager to run toward the front lines and do the work that is necessary. But you get the insurance policies of Lloyd’s of London or whatever else helping hold back the corporate body, making sure that we don’t run headlong into risk so they end up having to pay out insurance policies, when those policies, in many cases, don’t even cover the locals who are willing to put their lives on the line for their cousins and their neighbors and whatever else. So there’s a lot of inequity. There’s a lot of structural problems, but as much as anything, I’d just say it’s slow, risk-averse.

These aren’t tweaks you’re talking about. This is a massive re-think of aid in general

I actually think there’s a lot to be gained from capitalist instincts here. One of the clearest things that we can do to stop the next war before it starts is jobs. We can provide jobs. One of the best ways to provide jobs is through the engaging of commerce and capitalistic injections for each other. There’s just not enough philanthropic money out there to create the jobs that we need to see created all over the world. We need to partner with business. So rather than pit business and charity against each other, or socialism and capitalism against each other, we try to find that happy medium, high leverage point as we can at the junction of those things.

One final question. I’ve seen your organization do a lot of writing on Black Lives Matter, which is something everyone’s talking about. But Preemptive Love is about ending war and helping refugees. How does something like BLM fit into your mission?

It’s right in the center of our target of everything that we do: Preemptive Love exists to end war. While every country, every context is a little bit different, there are also contours and patterns and realities that once you’ve been in a number of civil wars, once you’ve been through a number of seasons about people and the post-conflict policy building and reconciliation type periods, you can honor the distinctives of each country, the distinctives of each people group, the distinctives of each grievance and you can start to pull out patterns and understand this is just how conflict works. This is just how violence spreads. So you can try to map over solutions and blueprints from one to another.

What we are seeing in the United States right now is nothing less than a war on black bodies; on anything that is not white in its essence. That has been the clear reality for many of our black neighbors across time and across the country for 400 years.

I know to use war language can be very jarring and even seem hyperbolic in the United States. We have tended to have the luxury of thinking that war was something that happened over there, but I’m just telling you, I’m the one who has lived “over there” to so many of you listening for the last thirteen years of these conflicts. To us, this is what war looks like. This is actually what war is and what war starts like and how war is experienced by those who have the boot of oppression on their neck.

If it’s good for us to rescue the oppressed in Iraq then it’s good for us to figure out how to dismantle our own systems; to enfranchise and empower the oppressed who are calling out in our streets in the United States as well. Now, if we’re going to deny it in the United States and say that they ought to just behave themselves better and not want so much so fast, then we ought to also be consistent in our international policy and stop calling for the overthrow of others. So I think consistency at that level is one thing that I want to call us to be more introspective about. Oppression is oppression. We need to get clear on what it is and what it requires of those in power.

You can find out more about Preemptive Love here.