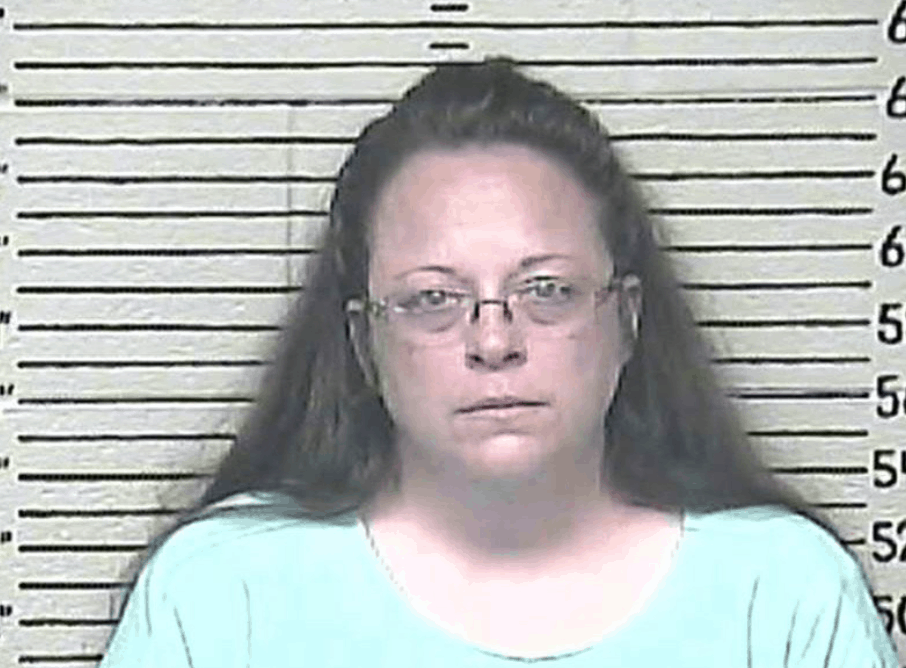 The Kentucky County Clerk who was recently held in contempt of court for refusing to issue marriage licenses because of her personal opposition to gay marriage now says she will not interfere with them being issued. At a press conference this morning, Kim Davis gave mixed messages, explaining that even though she is the County Clerk, she will not personally authorize the marriage licenses, saying, “Instead, the license will state that they are issued pursuant to a federal court order.” She also added that she had “great doubts” they would even be valid if they are given out by her deputies. Davis told reporters that her decision was an “impossible choice” between “my conscience or my freedom.”

The legal ramifications of her position are still in question, as state officials have not yet said whether or not marriage licenses can be given under the generic state government authority. It’s the job of the County Clerk’s office to authorize and issue them. Davis said, “Effective immediately, and until an accommodation is provided by those with the authority to provide it, any marriage license issued by my office will not be issued or authorized by me. I love my deputy clerks and I hate that they have been caught in the middle. If any of them feels that they must issue an unauthorized license to avoid being thrown in jail, I understand their tough choice and I will take no action against them.”

For Their 30th Birthday, Here’s the Gang From ‘Super Mario Bros.’ Reimagined as Hipsters