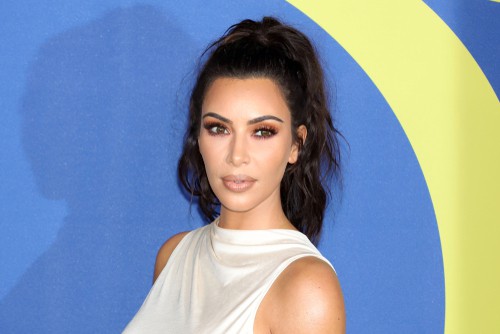 The legacy of Kim Kardashian-West is a complicated one. On the one hand, it’s hard to argue that the Kardashian-Jenner’s collective effect on the entertainment landscape is a net positive. On the other hand, the woman herself has become a one-woman force for prison reform. After meeting with President Donald Trump to secure a pardon for Alice Marie Johnson, the 62-year-old woman who was sentenced to life in prison for a first-time non-violent drug offense, she met with him a second time to talk fair sentencing laws. And now, she’s taken on another man’s troubles: the very sad case of Matthew Charles.

As he heads back to prison, a Nashville man says ‘goodbye’ to the new life he hoped to build: https://t.co/fivHQmc0Xt pic.twitter.com/VLIipiUCA4

Charles’ story begins in Nashville, Tennessee in 1996, when he was sentenced to 35 years in prison for selling crack to an informant. But in 2016, the Obama administration passed the Fair Sentencing Act, which loosened minimum sentencing requirements for first-time crack-cocaine charges, so Charles received an early release. He’d taken college classes in prison and organized Bible studies while behind bars—he never had a single disciplinary infraction—so he found a job, a solid church home and even a girlfriend after he got out. Things were looking up—until the U.S. Attorney’s office decided they’d made a mistake, and Charles didn’t technically meet the requirements of the Fair Sentencing Act after all. They ordered him back to prison, and he complied. “I believe that God is still in charge of the situation. He hasn’t revealed to me what he’s doing yet,” he told reporters. “But my faith remains the same.”

Kardashian heard about Charles’ case over Twitter and began advocating on his behalf. Charles received clemency but, like many former inmates, had a difficult time finding housing. When Kardashian heard, she reached out and told him that she’d be covering his rent for the next five years.

“Kim reached out privately to Matthew yesterday after hearing he was having a hard time getting approved for an apartment and has generously offered to pay five years of his rent,” said Tim Hardiman, a senior producer at CMT in Nashville. “He was overwhelmed by Kim’s offer and graciously accepted. Her generosity will allow him to save enough money to eventually put a down payment on a house. It’s truly changed his life.”

Charles made the announcement over Facebook, and also made it clear that Kardashian wasn’t interested in the publicity which, let’s be honest, she has plenty of. “Kim did not do this for attention or publicity, but I had to share it, because it’s too good not to,” he wrote. “And my heart is about to burst with happiness, that I wish you to rejoice in this news with me.”