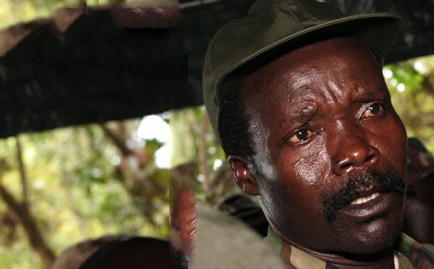 It seemed so simple.

A ruthless child abductor on the run. A grassroots campaign to ensure his capture.

But within 48 hours of Invisible Children’s “Kony 2012” video going viral, the conversation surrounding Ugandan warlord Joseph Kony and the best way to help the people he has terrorized for more than eight years had become anything but simple.

The same social networking momentum that propelled the Kony 2012 campaign to trending status on Twitter generated a wave of criticisms regarding Invisible Children’s messaging and tactics. Critics expressed concern that the video’s message was too emotional and simplistic and that it failed to account for complex realities on the ground. IC’s financial practices were scrutinized, its ratings on Charity Watch and Charity Navigator brought to light. Soon people around the world were locked in passionate debates about activism, aid, colonialism, violence, foreign policy and justice.

Perhaps accidentally, the leaders of Invisible Children had started an important conversation—one regarding how we think about and engage social justice, about how best to use our resources and time, about the finances and logistics behind humanitarian efforts, and, perhaps most importantly, about how we tell one another’s stories.

When I shared the “Kony 2012” video on my blog, I had no idea it would be so controversial. At first I was surprised, then frustrated, then—after hearing from readers— encouraged because we’re getting passionate about something that matters.

So we should be encouraged this conversation is happening. And, as it proceeds, we should be wary of veering to two extremes in our thinking: idealism and cynicism.

Idealism: it’s not that simple

In the “Kony 2012” video, the co-founder of IC, Jason Russell, explains to his young son that Kony is “the bad guy,” and to save the children.

But critics say it’s not that simple.

They note that Joseph Kony no longer lives in Uganda, that his power has dwindled significantly over the past few years and that the Ugandan army—which IC says should be supported by the United States to hunt down Kony—is itself guilty of violence, looting and rapes. Some say launching a major strike against Kony may cause more violence. In addition, Christians committed to nonviolence have questioned Invisible Children’s militaristic approach on the grounds that Christians in particular should seek a peaceful resolution.

Also, because Invisible Children is primarily an advocacy and awareness organization, only 37 percent of the funds they raise directly impact the people of Uganda. Critics say donors should send their money to organizations that devote a larger percentage of their resources to empowering the people in this region to bring peace and prosperity to their communities and to help former child soldiers assimilate back into society.

Furthermore, many are uncomfortable with what they see as a “savior complex,” reducing a complex socioeconomic and political conflict into a “good guys vs. bad guys” scenario. Some African writers have expressed concern that the video presents white, American college students as heroes to poor, helpless Africans—a storyline that has plagued African aid for decades.

These are valid concerns, but many IC supporters reacted defensively when they were raised because it disrupted the narrative they had already embraced. As difficult as these questions may be, though, they are important ones to ask. For if we hope to move from mere awareness to long-term activism, we have to confront some realities we don’t like or understand and accept that not every question has an easy answer.

Cynicism: it’s not that simple, either

However, as the furor grew, I began to encounter attitudes from Christians and non-Christians alike that disturbed me. Some people seemed more upset by IC’s policies and practices than by the cruel actions of Joseph Kony and the LRA.

These folks dismissed out-of-hand all of Invisible Children’s efforts to help bring safety to children in the region. They cast the leaders of Invisible Children as good-for-nothing hipsters more concerned with imposing their naïve, colonial idealism than their fellow human beings. They took to Facebook and Twitter to show off their humanitarian expertise and shoot down any idealistic IC supporter who stood in their way.

In doing so, these cynics became guilty of the same oversimplification of which they accused IC. Just as the lives of Ugandans affected by the LRA cannot be reduced to a single storyline, so the hearts and minds of IC leaders and supporters cannot be reduced to a single characterization. When we categorically vilify Invisible Children, we run the risk of forever alienating thousands of young people whose hearts for humanitarianism were first touched by an IC film or campaign.

No one becomes an informed activist overnight. We have to leave room for people to grow. It is in piquing the interest and imagination of young people that Invisible Children truly thrives, and in that sense, they play an important role in the world. Sure, IC is in need of some reform. But it is precisely because they are so effective at raising awareness that so many have joined the conversation about better practices in activism and aid.

When I shared a long list of resources about this controversy on my blog, I was surprised to hear from a reader who wanted to know what he was supposed to conclude from them. I’d presented books and articles from various sides of the debate, and, confronted with so many choices, he wanted me to tell him what to think.

I saw the same thing happen across the blogosphere, as pastors in particular seemed compelled to issue either blanket endorsements or condemnations of Invisible Children and Kony 2012.

This, in my opinion, is just about the worst way to respond to the controversy. The upside to all this fallout from Kony 2012 is that it has challenged a lot of us to do our homework and begin thinking more critically about how we talk about and pursue justice. The first step in turning this controversy into something that benefits the Kingdom is to embark on the uncomfortable but rewarding journey of becoming more curious, more informed and more passionate about justice.

This is not something we can do exclusively on Facebook and Twitter. It’s going to require hard work and time. We’ve got to learn how to read financial reports and track progress indicators. We’ve got to study history and engage public policy. We’ve got to move beyond the dichotomies of victim and savior, good and evil. We’ve got to listen more and speak less. We’ve got to avoid the danger of hearing and telling single stories.

The wisest people I know are neither naïve nor cynical. They are, as Jesus put it, wise as serpents but harmless as doves.

What Christians can bring to this conversation is an extra-large heaping of grace.

Grace for the idealists.

Grace for the cynics.

Grace for the amateurs.

Grace for the experts.

Grace for our brothers and sisters from Eugene to Uganda, South Carolina to Sudan.

Grace for hipsters and aid workers and peacemakers and child soldiers.

And, if we are truly radical, grace even for Joseph Kony himself.

Rachel Held Evans is the author of Evolving in Monkey Town: How a Girl Who Knew All the Answers Learned to Ask the Questions (Zondervan, 2010). She blogs at RachelHeldEvans.com and has compiled a list of resources to learn more about the Kony 2012 campaign.