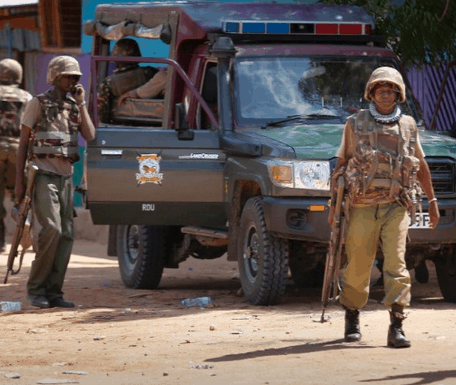 Terrorists from the radical Islamic organization Al-Shabaab have killed at least 70 people and wounded 79 others in an attack targeting non-Muslims students at Garissa University College in Kenya. There are conflicting accounts about the number of gunmen killed, but several are dead, and the country’s Interior Minster has told the BBC that “90 percent of the threat [had] been eliminated.”

Members of the terrorist organization told the BBC that they were freeing Muslims, and holding Christian students hostage. A student told the AP that the gunmen demanded to know who was a Christian, and who was Muslim: “If you were a Christian, you were shot on the spot.” Several of the victims were security officials at the school. Early reports indicate that 500 students, out of a student body of 815, have been rescued. In 2013, members of Al-Shabaab raided an upscale mall in Kenya and murdered more than 60 people during the multi-day siege.

UPDATE: The death-toll has risen to 147. All four gunmen are now reportedly dead.