In the wake of the Iowa and New Hampshire caucuses, Senator Bernie Sanders has emerged as a clear frontrunner for the Democratic nomination. Sanders’ lefty economic policies have made the party’s more centrist leadership nervous and eager for a moderate option, paving the way for the rise of Michael Bloomberg.

The former one-time Republican and New York City Mayor has used his vast wealth to carve a notable space in the primary, despite his late entrance and no-shows at the DNC debates.

Policy-wise, Bloomberg is a pretty standard left-leaning centrist. He backs marriage equality, supports abortion laws and advocates for new gun law restrictions, but also backs the free market, defends Wall Street bonuses and is chummy with Goldman Sachs. This would seem to make him an attractive choice to moderate Democrats and maybe even some Trump-reluctant Republicans willing to jump parties for an election year. But Bloomberg’s past is spotted ugly comments about and actions towards women — comments and actions to rival the misogynistic spewings of Trump which many Democrats seemed disqualifying.

The record is long and it’s not pretty. There was a reporter who said Bloomberg had told him to “look at the a– on her”, gesturing to a woman at a Christmas party. In a 2013 profile, then-mayor candidate Christine Quinn told reporters that Bloomberg had discouraged her from wearing flat shoes, since he prefers women in high heels (when she protested that flat shoes were “comfortable” he allegedly responded “I never want to hear those words out of your mouth again”).

That’s not all. In the ’90s, four women filed sexual harassment lawsuits against Bloomberg LP. One of them, a woman named Sekiko Garrison, said that Bloomberg told her to “kill it!” when she announced she was pregnant. Bloomberg also reportedly conceded to saying “I’d do her” in relation to Garrison during a deposition. When asked if he recalled saying “I’d do that piece of meat”, he responded, “I don’t recall ever using the term ‘meat’ at all.”

But the worst allegations may stem from 2001, when then-New York magazine columnist Michael Wolff acquired a book called The Portable Bloomberg: The Wit and Wisdom of Michael Bloomberg — which was allegedly made as a birthday gift for Bloomberg by his staff in 1991. It contains a collection of Bloomberg’s most memorable quips and sayings — a good number of which are not printable on this outlet. As a small sample:

-The Royal family — what a bunch of misfits — a gay, an architect, that horsey faced lesbian, and a kid who gave up Koo Stark for some fat broad.

-If women wanted to be appreciated for their brains, they’d go to the library instead of to Bloomingdale’s.

–I know for a fact that any self-respecting woman who walks past a construction site and doesn’t get a whistle will turn around and walk past again and again until she does get one.

Of course, misogyny isn’t the only record Bloomberg will have to contend with. There is also his record on racism, one which is backed by an equal number of disturbing comments. Bloomberg lauded and supported New York City’s “stop and frisk” policy through most of his time as Mayor, though the practice has since been discontinued over mounting cries of inherent racism. Perhaps unsurprisingly, Trump himself is on the record as being a big fan of “stop and frisk.”

Bloomberg himself acknowledged and even defended the racist element of “stop and frisk”, even though the NYC crime rate tumbled after it stopped.

“Ninety-five percent of murders–murderers and murder victims–fit one M.O. You can just take a description, Xerox it, and pass it out to all the cops. They are male, minorities, 16-25,” Bloomberg said in 2015, according to audio that his campaign attempted to bury. “That’s true in New York, that’s true in virtually every city…And that’s where the real crime is. …[W]e put all the cops in minority neighborhoods. Why do we do it? Because that’s where all the crime is. And the way you get the guns out of the kids’ hands is to throw them up against the wall and frisk them.”

Bloomberg’s math is incorrect here. Actually, according to data from his own time as mayor, black people were half as likely to have a gun and a third as likely to have any contraband as a white person when stopped by the NYPD. Nevertheless, white people made up only 10 percent of the NYPD’s total stops between 2004 and 2012. Black people made up 52 percent of the stops, and most of the rest were Latinos.

Conscientious people were right to object to Trump’s comments on women and racial minorities, and Democrats were justified in saying such comments were disqualifying. But if they continue to support Bloomberg, skeptics might wonder if Democrats were actually offended by what Trump said, or if it was just an opportune line for scoring political points. 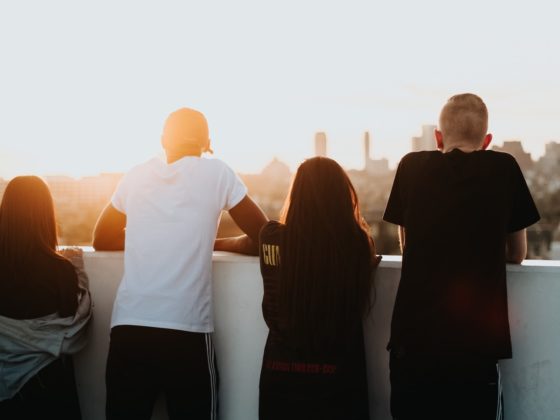 The Enneagram Question We All Need to Stop Asking