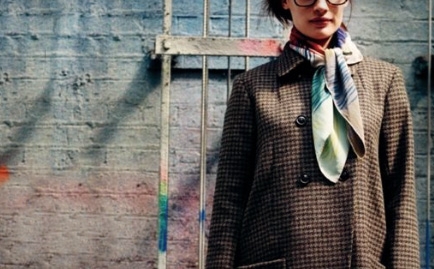 I’ll be honest: Conversations about modesty make me uncomfortable.

I’m a guy. And let’s face it: our Christian “modesty rules” are sexist, putting far more responsibility on females than males. Most of us have grown up in a culture where men (regardless of their body size and shape) walk around on beaches in swim shorts without ever worrying about what they might be causing the female population to think about. Yes, I know—that’s because “men are more visually stimulated than women!”

We say that. But how true is that statement?

Could it be that women also have high standards of what they find visually attractive on men and are more sensitive in how they express that? Or could it be that we’ve grown up in a culture where the male physique—in all of its various levels of glory—isn’t taboo when seen in public?

Seeing a man mostly naked on TV has never been considered pornographic. Even when NYPD Blue showcased a few of their actors’ backsides, people hardly blinked an eye. Most of us thought it was funny. Certainly, in recent decades the male body has become much more sexualized in our culture—movies, advertisements, magazines, sports, modeling, etc. But nobody thinks anything about somebody like Tim Tebow pulling his shirt off in public.

When it comes to women, the modesty discussion has another tone entirely.

For one thing, people’s ideas about what is/isn’t modest vary greatly. One Southern Baptist church’s “godly girl” wearing shorts and a comfortable T-shirt can be a Pentecostal church’s harlot. Women often become labeled by the clothes they wear—or the ones they don’t wear. It’s difficult to talk about modesty without getting way too interested in details and lines and saying, “This is immodest and that is modest.” Modesty rules breed legalism, mean-spiritedness and pride.

Once a month for 12 school years, I watched my female classmates forced to line up in the hallway, one straight line of girls kneeling. As they waited, a teacher would walk by and measure the distance between the floor and the hem of their skirts, then the distance between the lowest point on their blouse and their clavicles. If the distances were too great, they were sent home or forced to wear the school’s official “ugly sweater,” my school’s version of the scarlet letter A.

I had three sisters. I watched all of them kneel in that line. And I have witnessed firsthand how my church’s modesty laws have affected various aspects of their lives, from insecurity, to parenting, to how they interact with other women with different modesty ideals.

Our ideas about modesty are mostly Puritanically American. No, there’s nothing fundamentally wrong with that, but we must remember our “modesty” is far more a cultural standard than it is a spiritual one. In a society with a history of making sure that women’s parts were things not to be talked about but rather covered up (for the sake of the male’s eyes/integrity!), is it any wonder our culture has grown into one that worships breasts and bodies as only sexual objects?

Our rules surrounding modesty have longstanding effects for some people. When I was doing research for the book I wrote about sex, I interviewed numerous married Christian women who confessed that sexual intimacy with their husbands was a struggle. They’d been told all their lives that it was a sin to be sexy. And turning that “rule” off when in the bedroom with their husbands was, for some, impossible. Many felt guilty for “feeling sexual.” And I think that’s sad.

The undertone of our definition of “modesty” is shame. Whether the words are ever said aloud or not, how we Christians talk about modesty makes many women feel insecure or shameful about their bodies.

Most modesty teaching sets young girls up to begin objectifying themselves. It creates a platform in their lives where “being objectified”—whether it’s by our culture or the Church—is seen as normal, even expected.

If we’re going to offer our daughters lessons about modesty (and I think we should, despite it being a difficult topic to discuss), the conversation shouldn’t come laced with the clause “because we want to serve our Christian brothers!” This reiterates shame and reinforces the idea that men are only interested in a woman’s body. The reason for modesty shouldn’t only be respect for Christian brothers—a lesson that, however subtle, again casts the female as “not quite equal” to man. The reason for modesty should be self-respect.

Maybe we hate conversations about modesty. But let’s have one anyway.

How have you seen modesty teachings rooted in shame impact both men and women? How do you think the Church can start a different modesty discussion?

Matthew Paul Turner is the author of 10 books, including Churched: One Kid’s Journey Toward God Despite a Holy Mess (WaterBrook Press). He also blogs at Jesus Needs New PR and can be found on Twitter. This article originally appeared on his blog and is used by permission.