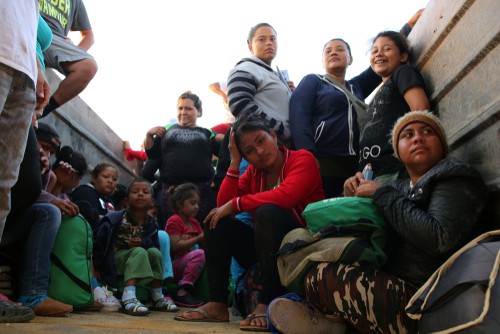 U.S. Customs and Border Patrol Protection said in a statement that a 7-year-old girl from Guatemala died from dehydration and shock after she and her father were taken into Border Custody after coming into the U.S. illegally. The girl and her father were part of a large group of migrants crossing from Mexico into New Mexico. A little over eight hours after they were taken into custody, the girl started having seizures. She was flown to a children’s hospital in El Paso, where she died about 24 hours later.

The girl had not had any food or water for “several days” according to Border Patrol, and it was not clear whether or not she had received any upon being taken into custody.

“Border Patrol agents took every possible step to save the child’s life under the most trying of circumstances,” said CBP spokesman Andrew Meehan. “As fathers and mothers, brothers and sisters, we empathize with the loss of any child.”

The ACLU, which has been a frequent critic of the U.S. Border Patrol and its strict family separation policy under President Donald Trump excoriated the CBP. “The fact that it took a week for this to come to light shows the need for transparency for CBP,” said Cynthia Pompa, advocacy manager for the ACLU Border Rights Center. “We call for a rigorous investigation into how this tragedy happened and serious reforms to prevent future deaths.”

According to the Washington Post, Border Patrol took 25,172 “family unit members” crossing the southwest border into custody in November, a record. All told, migrants traveling as part of a family group accounted for 58 percent of all those taken into custody by U.S. Border Patrol.

Last Tuesday, CBP Commissioner Kevin McAleenan testified before a Senate Judiciary Committee that his agency’s holding cells are not equipped for the new reality of detaining entire families. “Our Border Patrol stations were built decades ago to handle mostly male single adults in custody, not families and children,” McAleenan told lawmakers.

‘Roma’ Is a Technical Masterpiece With Just One Serious Flaw

Why I Left the Cult of ‘Calling’ (And You Should, Too)