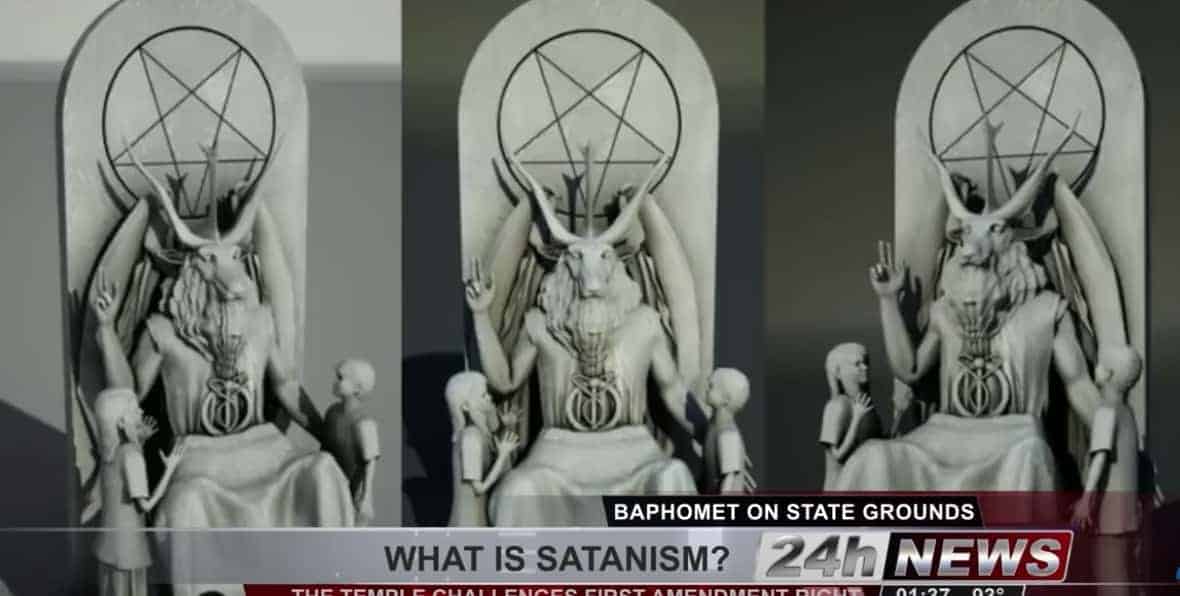 Protests and walkouts notwithstanding, Alaska’s Kenai Peninsula Borough Assembly meeting got its invocation from Iris Fontana, a member of the Satanic Temple. “That which will not bend, must break, and that which can be destroyed by truth should never be spared as demise,” she said in closing, according to Kenai radio station KSRM. “It is done, hail Satan.”

Fontana was the plaintiff in a lawsuit challenging the borough’s rules about which organizations are and aren’t allowed to offer invocations before local government meetings. [h/t Clarion]

The ACLU of Alaska represented her after she, an atheist named Lance Hunt and a member of the Jewish community named Elise Boyer had their request to offer an invocation denied in 2016. The borough’s rules said that people who offered invocations had to be from official organizations with an “established presence” on the peninsula.

Anchorage Superior Court Judge Andrew Peterson found that the peninsula’s rule violated the Constitution of Alaska’s establishment clause. But there’s no law that requires anyone to participate in the invocation, and about a dozen members walked out during Fontana’s address. A protest outside the building garnered about 40 people with signs that read things like “reject Satan and his works” and “know Jesus and his love.”

Some assembly members used their allotted time to offer up Christian prayers. And a resident named Greg Andersen addressed the walkouts specifically in his address, saying “this is just some advanced notice for those of you who have a hard time accepting that some people have beliefs that are different than your own. You can turn your back and walk out like I witnessed this evening.”

The Satanic Temple is distinct from the Church of Satan in that the former doesn’t actually worship Satan, but operates as more of a political activist/”nontheistic religious” group that campaigns for religious liberty and the separation of church and state, often highlighting what they consider to be hypocrisy in legal rules about which religions are afforded freedoms guaranteed under the Constitution. A documentary about the group was released earlier this year. Here’s the trailer.