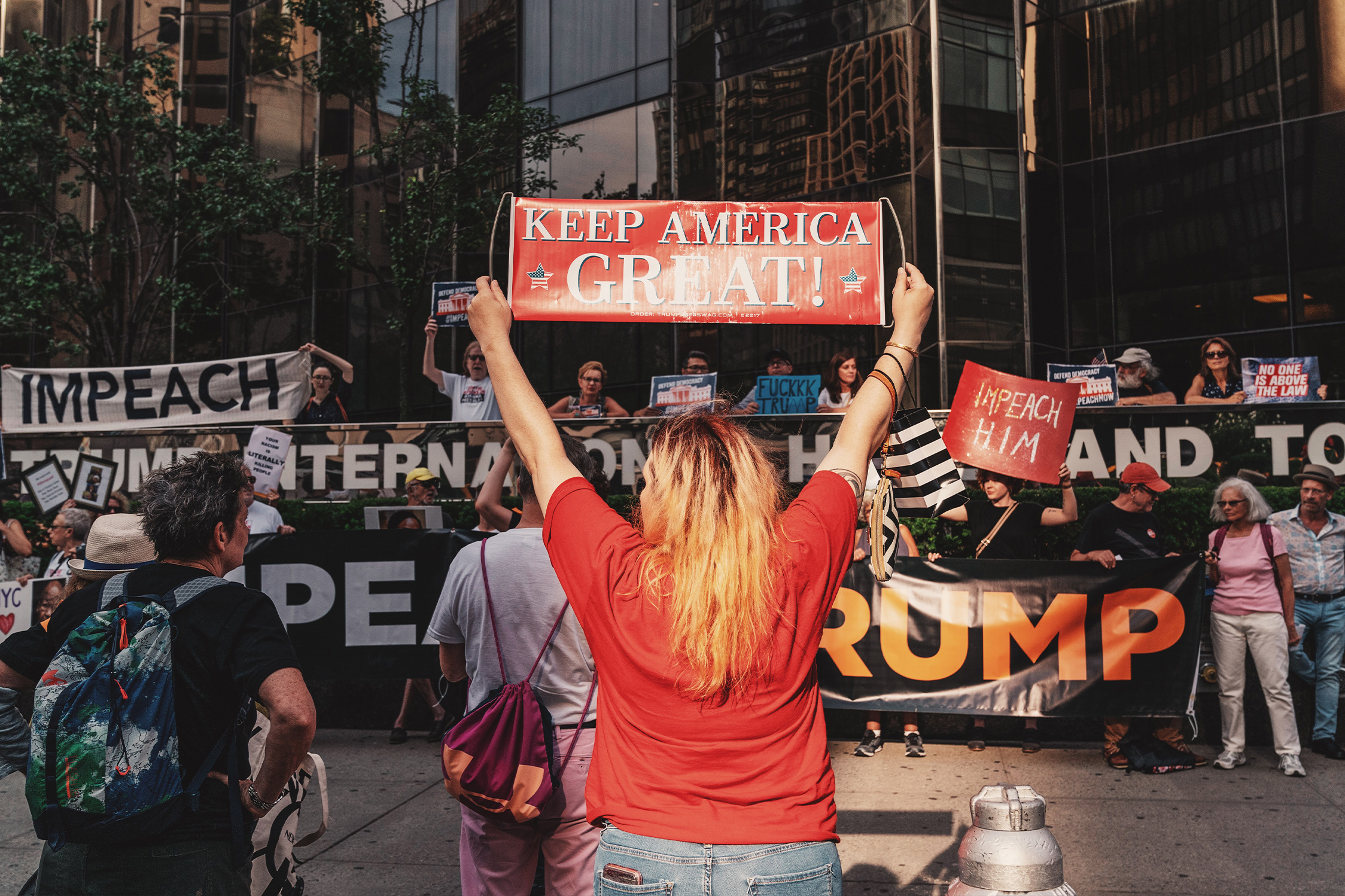 We live at a time where we all know what we’re against but rarely know what we’re for. This is by design. Nothing unites a community like a common foe, so enemies are foisted upon us and we are more than happy to join the fight. This enemy is social or political — Trump, Biden, Proud Boys, antifa, Deep State, BLM, cancel culture, whatever — and may or may not pose any real threat, but facts aren’t important. What matters is the fight.

Stopping this them, this other, is paramount for survival. What we’re fighting  for — the ideas, policies and principles we’d like to replace this enemy with — is an afterthought, if it’s considered at all. We’re not fighting for anything. We’re just reacting the way we’ve been told to.

We’ve been successfully drafted into a political war without our really even realizing it. For most Americans, political identity is our chief identifier, and has gotten mixed up with our other identifiers in a way that’s difficult to separate. As a study from the New York Times put it, “religion, race, gender, even occupation — have increasingly become intertwined with politics.” In other words, we don’t choose how we vote based on a series of beliefs we have about what the world should look like. We accept the beliefs handed down to us from the political leaders of whatever party we’re in.

And increasingly, it seems at least possible we don’t even have that much. We just have a list of people to oppose.

The charges leveled against Clinton and Trump are not the same, but they both represent an egregious abuse of power. That only matters if you find abuse of power to be an objectively serious issue. If all you care about is beating the other party, it’s not a big deal. Consistency doesn’t matter in football games. If your side gets away with a foul while the ref isn’t looking, that’s just the breaks. If the other team loses because of a bad call, that’s just lucky. And maybe this mindset is OK for a low stakes NFL game but it has huge consequences for a democracy tasked with shaping a vision of a just, equitable society.

Just, equitable societies are not built by opportunists who figure out how to game the system enough to beat their ideological opponents. They’re built by people who are trying to be good, to love their neighbors and their enemies, protect the disenfranchised, hold people in power accountable and offer mercy to those in need. Both political parties want you to think they’ve got a monopoly on virtues like these so you’ll accept your marching orders unquestionably. They’re both lying to you.

It is an act of resistance to abide by principles than transcend partisanship. It is an act of courage to demand that your political party be more in line with your beliefs than the other way around.

This is not, rhetorically speaking, an unpopular idea. Most of us like to think that we’re above partisan squabbling, throwing around phrases like “socially liberal and economically conservative” or some mixture thereof. But ask yourself this: when was the last time you proved it? Where do your beliefs actually part ways with accepted partisan identities, and how have you done the work of making your elected leaders aware of that? Even more pointedly, you might disagree strongly with your political party, but could it ever lose your support? Would you ever withhold your vote? What’s more important to you? That your side wins or that you don’t compromise your principles?

Christians are particularly well-equipped to do this, since God has given us a vision of a Kingdom that predates and will outlast the Republicans and the Democrats. This Kingdom is all the way upside down, which means Christians themselves will be living upside down in the world — preaching messages like “woe to you who are rich” and “the first must be last” to a political world that will rightly feel threatened by such messages. They should. We’re not toy soldiers for our elected leaders’ political battles. We are the hands and feet of a God who is making all things new.

A Guide to Being Single on Valentine’s Day