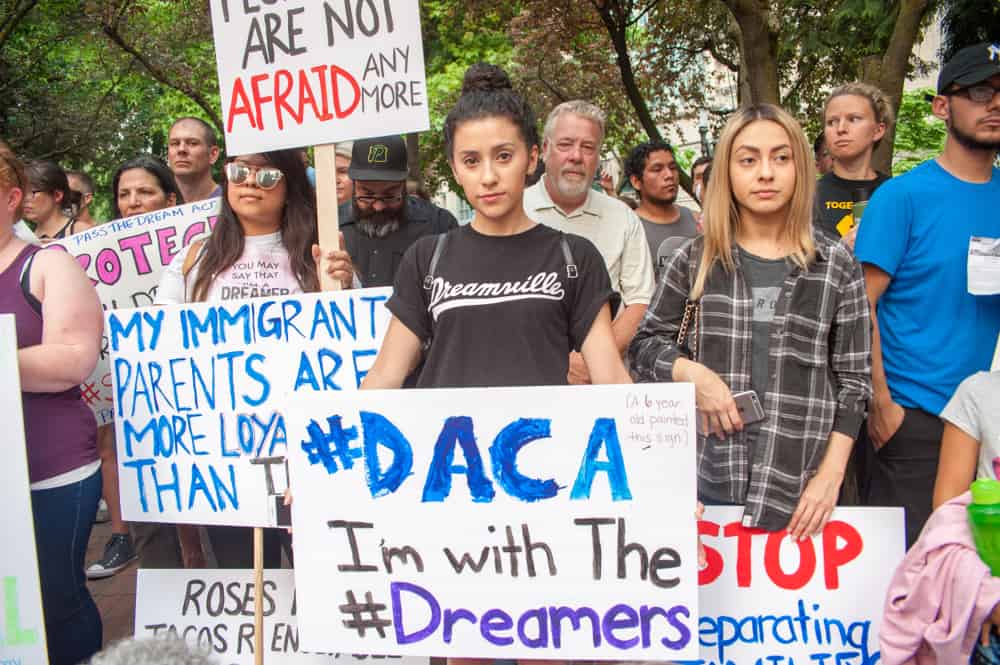 A group of Christian leaders that includes the likes of Beth Moore, Jen Hatmaker, Max Lucado, Matt Chandler, Ann Voskamp, Willow Creek’s Bill and Lynne Hybels, and Christianity Today president Harold Smith has taken out a full-page ad in the Washington Post calling for President Donald Trump to “help vulnerable immigrants,” and has a particular focus on Dreamers. “Our prayer,” the letter reads in part, “is that these young people would be allowed to continue contributing to our society without fear of deportation.”

The letter also includes a plea for refugees, saying that “we are troubled by the dramatic reduction in arrivals of refugees to the United States, which declined from 96,874 in 2016 to just 33,368 in 2017.” The letter notes Christian refugees in particular, whose admittance to the U.S. has declined by 60 percent. As a final note, it calls for “the reunification of families,” an apparent reference to the families who’ve been torn apart by deportation and ICE raids.

Congress is set to vote on a massive spending bill on Thursday night to avoid a government shutdown. That bill, while expected to pass, does not include any legislation on the hotly contested DACA front, which is enraging immigration advocates who’d been told a resolution on Dreamers would be part of any deal moving forward.

You can read the full page ad here.

Check Out the New Emojis Coming Later This Year

Lucas Warren Is the First Gerber Baby With Down Syndrome