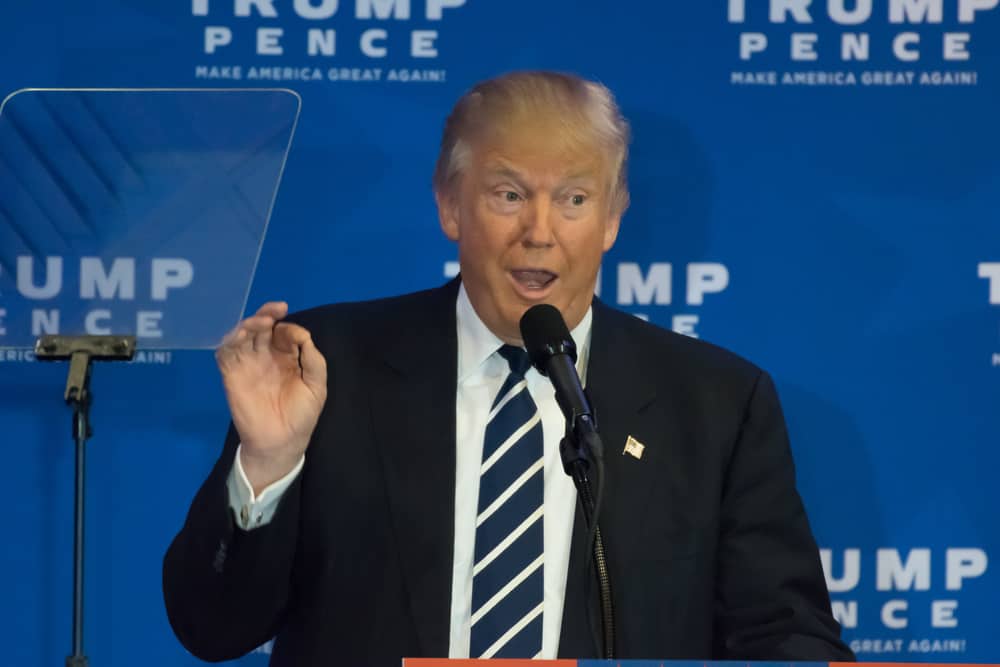 On Sunday, President Donald Trump tweeted a racist attack against “‘Progressive’ Democrat Congresswomen”, claiming that they “originally came from countries whose governments are a complete and total catastrophe, the worst, most corrupt and inept anywhere in the world (if they even have a functioning government at all)” and telling them to “go back and help fix the totally broken and crime infested places from which they came.”

By adding that he was certain that “Nancy Pelosi would be very happy to quickly work out free travel arrangements”, it’s a safe bet that Trump was referring to freshman congresswomen: New York’s Alexandria Ocasio-Cortez, Minnesota’s Ilhan Omar, Massachusetts’ Ayanna Pressley and Michigan’s Rashida Tlaib. These four newly elected officials known as “the Squad” have made headlines for activist progressive policies like Medicare for All and the Green New Deal. This has led to some friction with more moderate Democrats like House Speaker Nancy Pelosi, though Trump’s attacks provided a good excuse for the party to table their own drama and circle the wagons.

As many were quick to point out, there’s no non-racist read of Trump’s rhetoric. “Go back where you came from” is one of the oldest racist tropes in the books.

Political differences aside, telling four women of color that they don’t belong in the U.S. hearkens back to some of the U.S.’ ugliest legacies. Of the four, only Omar, a Somali-American refugee who legally came to the U.S. with her family when she was 14, was born overseas. Ocasio-Cortez is of Puerto Rican descent, Pressley is African-American and Tlaib is Palestinian-American.

Many Christian leaders agreed and took to Twitter to not only condemn Trump’s attack, but also call on their fellow Christians and elected leaders to take a stronger stance. 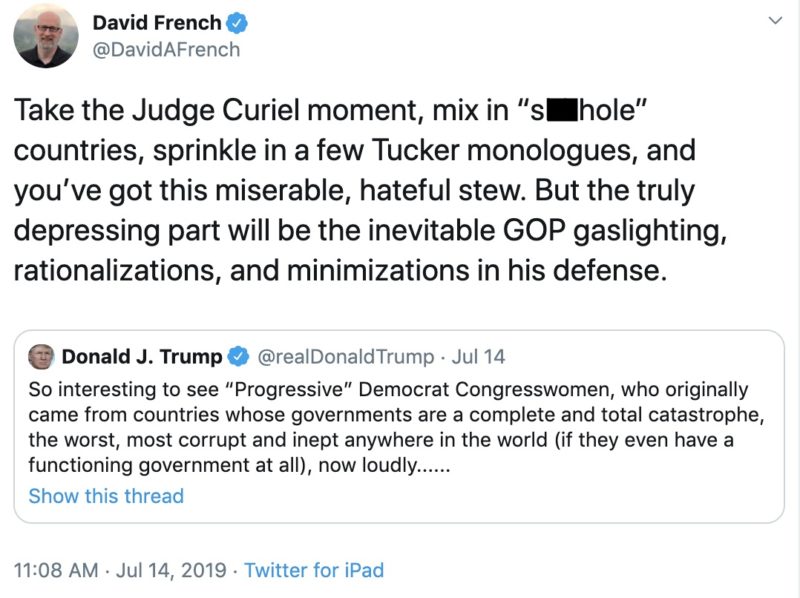 Verbal condemnations of racist rhetoric is not enough. What is the agenda for dismantling white supremacy and ending systemic racism? That's what I want to know from these politicians. Don't say "racism is bad" then go right out here & keep enabling it in policy.

Whew. Racists love that “go back to Africa” line even though many of us have been here for 5+ generations. Then turn around and want sympathy because their grandparents had it *so hard* when they came ? pic.twitter.com/lusl9TRP3R

Southern Baptist Convention president J.D. Greear did not address Trump by name but tweeted a quote from writer Rebecca McLaughlin that appeared to address the controversy.

The NT is one of the most emphatically anti-racist texts ever written… Read it, and you will find that trying to marry Christianity to white-centric nationalism is like trying to marry a cat to a mouse: one is designed to hunt the other, not mate with it. – @RebeccMcLaugh

If you are not willing to lose your elected position for doing the right thing then you have no business being in politics. https://t.co/YWkLThZGEt

This is racism.
Call it out as racism.
Stop endorsing racism.
Admit your racism.
And do the work of healing today.

Every time he pushes boundaries he tests the reaction. When his GOP allies keep silent he has made them his collaborators; he owns them. He knows it. And he smiles. And then he pushes further. @marcorubio https://t.co/IXf3k04Qhm

Kanye West on Creativity: ‘The Bible Is Better Than Pinterest’