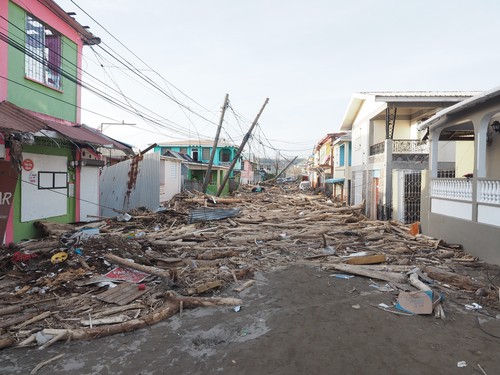 Two months after Hurricane Maria devastated the U.S. territory of Puerto Rico, the Federal Emergency Management Agency (FEMA) is working to rescue stranded Puerto Ricans and bring them to the U.S. mainland. FEMA officer Mike Byrne said in an interview with CBS that this effort—which FEMA is calling an “air bridge”—is the first time FEMA has conducted a relief effort that would transport people from the disaster area.

Under FEMA’s Transitional Shelter Assistance (TSA) program, displaced residents and families who are still living in shelters on the island can opt to relocate to housing in Florida and New York. The agency is working with the governors in both states to work through logistical issues for families interested in participating. Mike Byrne, a federal coordinating officer for FEMA, said the program is the first time the agency has attempted what it calls an “air bridge,” or a relief operation requiring the transportation of individuals from a disaster area.

In most disasters, FEMA pays for displaced residents to stay in hotels under the TSA program. In Puerto Rico, the hotels are filled to capacity, so FEMA is turning to the mainland and working with states to find accommodations.