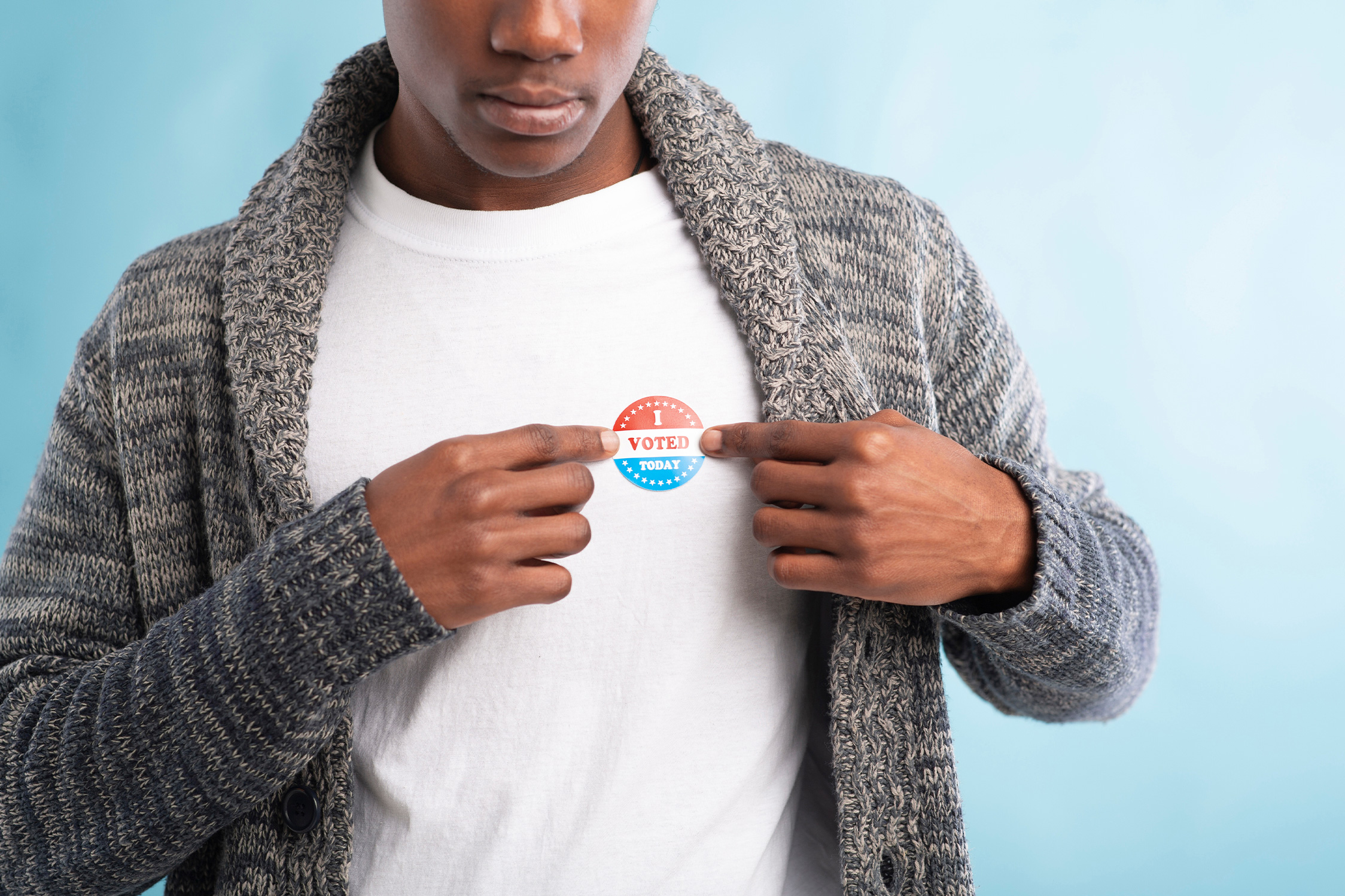 Politics are weird. I’ll just say that on the front end.

From my personal experience working directly in politics and being immersed the political world, I know there will always be an argument compelling us to be pulled in two directions. And lately, it feels as if we’re often being asked not just to pick a side, but to pledge ultimate allegiance to whichever side we pick.

It’s understandable: the stakes are high. Emotions are high. The uncertainty and chaos that have defined 2020 have also pushed people further towards looking to political figures and patriotism to find solace. Instead of providing an alternative perspective, Christians have entrenched themselves deeply on both sides of the political divide, aggressively attempting to claim the mantle that their political beliefs are the only possible ones for true followers of Christ.

Hear me say this – being outspoken about your political beliefs is not wrong. Representing and loving our country is NOT wrong. But in this election season, the frenzy on both sides feels concerningly close to idolatry. Who and what are we worshipping? Who are we submitting our lives to? Whose doctrine is dictating how we show love to those around us?

Finding your place in this environment, as a Christian, can be confusing and overwhelming. But amidst all of this, don’t miss out on your calling.

We are living, breathing humans who God chose and appointed to be alive during this time, in this country, in this political climate, in this season. We are right where we are supposed to be and what’s more, we are blessed to be here. For such a time as this, God chose YOU to be exactly where you are in this moment in time and we cannot squander this opportunity he has afforded us.

When you’re forced to choose a side and don’t want to sit on the sidelines, what’s the next move?

1. Actively pray for our leaders — no matter who they are

The banner we stand under isn’t nationalism, the left, or the right. If you are a believer of Jesus Christ, your citizenship is in Heaven. Let me say it again for the people in the back. Earth. Is. Not. Our. Home.

But we are called to be faithful to what is in front of us, right now. Leaders doing things we don’t agree with isn’t a new idea. In the Bible (Matthew 22), the Pharisees tried to trap Jesus by asking him if it is right to pay taxes or not. Jesus’ response was, “Pay Caesar what is Caesar and God what is God’s.”

Jesus respected and submitted to earthly authority while upholding His Heavenly Kingdom throne. What a clear example we have of reverence of the elected leaders who represent us and ultimately our citizenship in Heaven. Let’s be quick to pray and respect our elected officials, while also keeping in mind our ultimate home.

I’ve heard it said if you want to know what Jesus thinks, you should read his words.

According to Scripture, Jesus spent a lot of time with people who looked significantly different than him. So much so that some of his friends and those who thought of themselves more highly than they should, accused Jesus of being a glutton (Luke 5). What if looking more like Jesus makes others mistake us for standing with causes we oppose? It is controversial and could cost your reputation, but if you know who is in control of your reputation, your anxieties can rest in his care.

Most people judge individuals on assumptions that are tied to their experiences or background. Humans are complex, ever-evolving, dynamic creatures who can feel two completely opposite feelings at once, while also attempting to raise families, excel at careers, build meaningful friendships and navigate the various relationships that have been placed in their life.

Six Things to Do When You Feel Overwhelmed

The Bible talks about what we should seek first and what are mind should be focused on. It says to seek first the Kingdom of God and his righteousness and to set your mind on noble, heavenly things. When we begin to view people through this lens, our environment begins to shift and instead of our first response being offensive, we start viewing people from a place of positive intent and love. This kind of love is radical and often unexpected from people but completely necessary if we want others to encounter the depths of love that comes from our Father in Heaven. It’s hard to overstate this, but our God has WILD love for us – it’s so wild that it is hard for us to actually comprehend, the Bible says. Once you grab a hold of that wild love, you begin to view others with the eyes of good, not sarcasm, ill intent or insult.

4. Educate yourself and vote

Every part of me wants to actively reject “the system” and everything that humans have created to build chaos, confusion and division. But the reality is our country was founded on this democratic system, so it is important as Jesus followers to build thoughtful, solid parameters around the way we think about these things. We are called to be in the world and not of it, which means the government and elected officials aren’t my savior nor are their policies.

Further, regardless of whether Biden or Trump win the election, my life will not change that much. As I recognize that privilege in myself, I also recognize that my hope is contingent on one person, Jesus. Once I begin to set my foundation of hope on a political figure, relationship, career or location; everything comes crashing down.

That said, we have a civic right and duty to use our voice in a way that is honoring and pleasing to the Father, and in this day and age, it can be as simple as educating yourself and voting.

There is so much happening in our world right now, and everyone has an opinion about everything. While we have a right to that opinion, our charge should be to mimic Jesus in all he does: He took time by himself to pray to the Father; he didn’t condemn those who sinned, but instead urged them to live in freedom and sin no more; he wept with those who mourned; he welcomed children everywhere he turned; and he held righteous anger whenever there were people abusing the system.

This is who I want to be more like. I pray that you do, too.