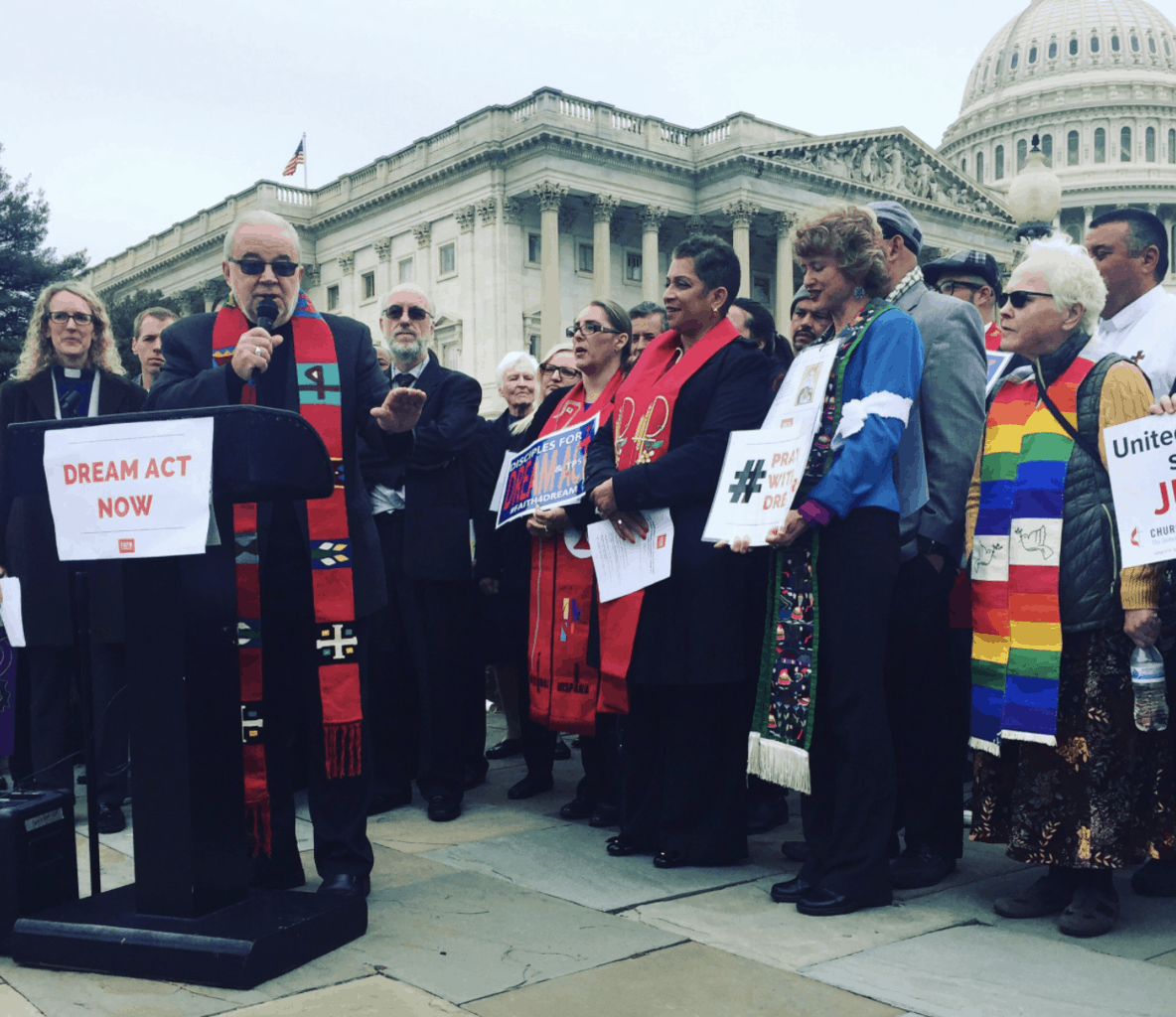 A group of about 15 Christian leaders and activists were arrested for a peaceful protest in support of the Dream Act on Capitol Hill Wednesday.

The group was calling for Congress to pass a “clean” version of the Dream Act before year’s end to protect the thousands of Dreamers—young, undocumented people who were brought into the country as children—as part of a bigger campaign of interfaith leaders in support of the legislation.

@jimwallis and other faith leaders called for passage of the #DreamAct earlier today outside of the US Capitol Building. pic.twitter.com/PaavjNSlYy

Among those who were detained and arrested were Rev. Dr. Sharon Stanley-Rea, director of refugee and immigration ministries for the Christian Church (Disciples of Christ); Lori Tapia, national pastor for the Disciples of Christ’s Hispanic Ministries; Rev. Kate Shaner, the minister of mission at First Community Church in Columbus, Ohio; Taylor Burgoyne from the Evangelical Covenant Church in Tucson, Arizona; Reuben Eckels, a pastor affiliated with Church World Service; and Sierra Dawn Salgado Pirigyi from Urban Abbey United Methodist Church in Bacon, Nebraska.

Stanley-Rea released a statement about her arrest, saying:

I am inspired by my faith that, when we dare to take risks for justice, we help create a path of fresh hope, step by step. I am committed to doing all that I can to support the passage of a clean Dream Act. … And, in honor of families facing separation far too often through detention and deportation, I submit to arrest today with the prayer that I can honor my own father, who died three decades ago on All Saints Day.

Reverend Sharon Stanley Rea on why she is being arrested by US Capitol Police. She’s standing with #Dreamers on All Saints Day. #Faith4Dream pic.twitter.com/xcq3mDic2m

Here’s What You Can Do to Fight the Opioid Crisis