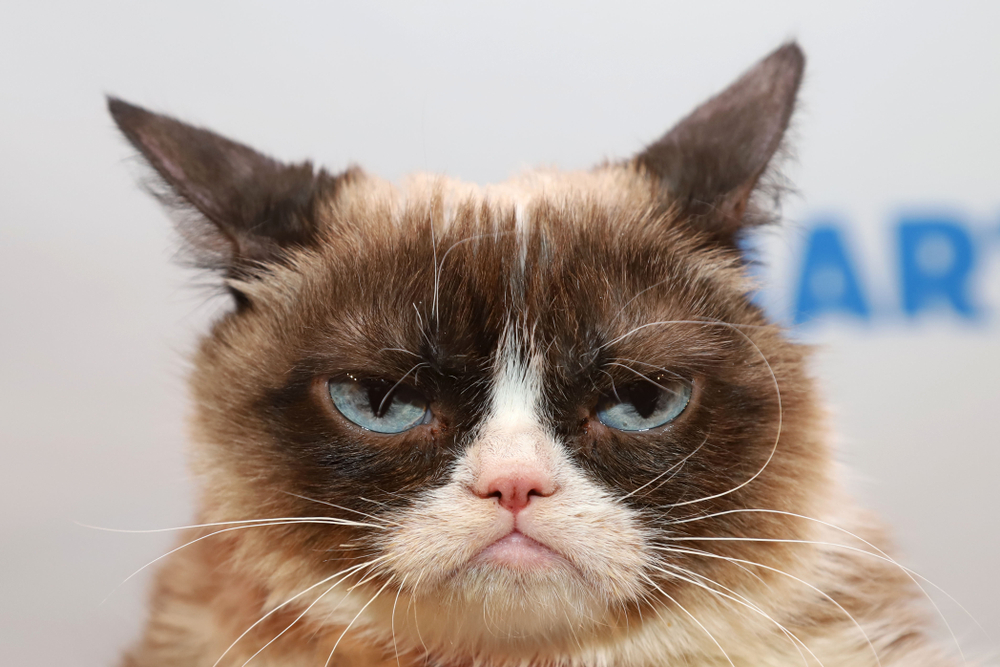 Death is not the end, but for those of us left behind, the pain of loss still rings. So do not be surprised at your tears this morning when you learn a great hero has departed into the mists of the morning. Grumpy Cat, the feline icon of Mondays, political news and the general feeling of post-recession millennial malaise, has departed this life for the one to come. Her owners made the announcement on Twitter, saying a urinary tract infection became “too tough for her to overcome.”

Some days are grumpier than others… pic.twitter.com/ws209VWl97

Grumpy Cat’s real name was Tardar Sauce, and her journey to internet legend began in September of 2012 when a photo of her went viral on Reddit. The post netted over a million views in 48 hours, spawning countless (almost literally countless) memes and Photoshop gags. She was a huge hit at SXSW, was memorialized in merch and even starred in a movie, where she was voiced by Aubrey Plaza.

And while fame is not the same thing as immortality, Grumpy Cat will indeed live on in the hearts and minds of those who felt a kinship with her particular reaction to everything around her. Whenever a Monday morning comes just a little too soon, a boss demands just a little too much or a bill comes in just a little higher than expected, Grumpy Down will look down in apathetic disgust.