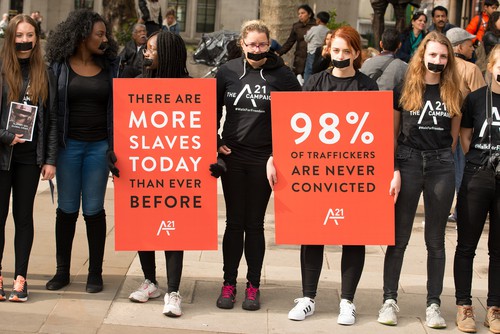 U.S. Marshals in Wayne County, Michigan rescued an incredible, sobering 120 children on September 26. Three of the cases were identified as sex trafficking cases. Via their statement

The one-day initiative took place Sept. 26 throughout Wayne County. The USMS DMCRU coordinated with the National Center for Missing and Exploited Children, HUD-OIG, Detroit Police Department and the Michigan State Police and investigated missing child case files prior to the operation. Participating officers were given the case files and began investigating their whereabouts by visiting last known addresses, friend’s homes and schools in hopes of finding them in a safe place.

The statement went on to say that, “All of the children located were interviewed about potentially being sexually victimized or used in a sex trafficking ring during their period of time that they were deemed missing … one homeless teen was transported back to the command post after it was discovered that he had not had anything to eat in three days.”

There are still 178 missing children cases in the county.