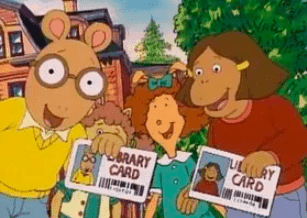 A bit of a furor was raised over the weekend by the publication of an article on Forbes calling for public libraries to be replaced by Amazon bookstores. The thinking went that libraries have outlived their usefulness, are a burden to taxpayers and should be privatized.

Aside from the simple facts that public libraries provide for free what Amazon stores would charge (making them a necessity for lower-income bookworms) and that public libraries also meet a huge variety of community needs besides just book rentals, the premise that libraries are getting old-fashioned doesn’t really line up with reality.

A Pew study found that libraries are actually more popular with millennials than any other generation, meaning their social value is increasing instead of the other way around.

According to Pew, 53 percent of millennials say they’ve used a public library in the last year, compared to 45 percent of Gen Xers and 43 percent of Boomers. (And the study notes that it specifically questioned respondents about the use of public libraries, not campus libraries.)

The Culture Is Shifting on Weed. Is the Church Ready?

So libraries are on the rise. If you haven’t hit yours up lately, maybe it’s time to swing by and see what it has to offer.

Jim Gaffigan on Wife’s Brain Tumor Recovery: We Are the Beneficiary of Miracles

Report: US Churches Aren’t Inclusive for Children With Learning Disabilities