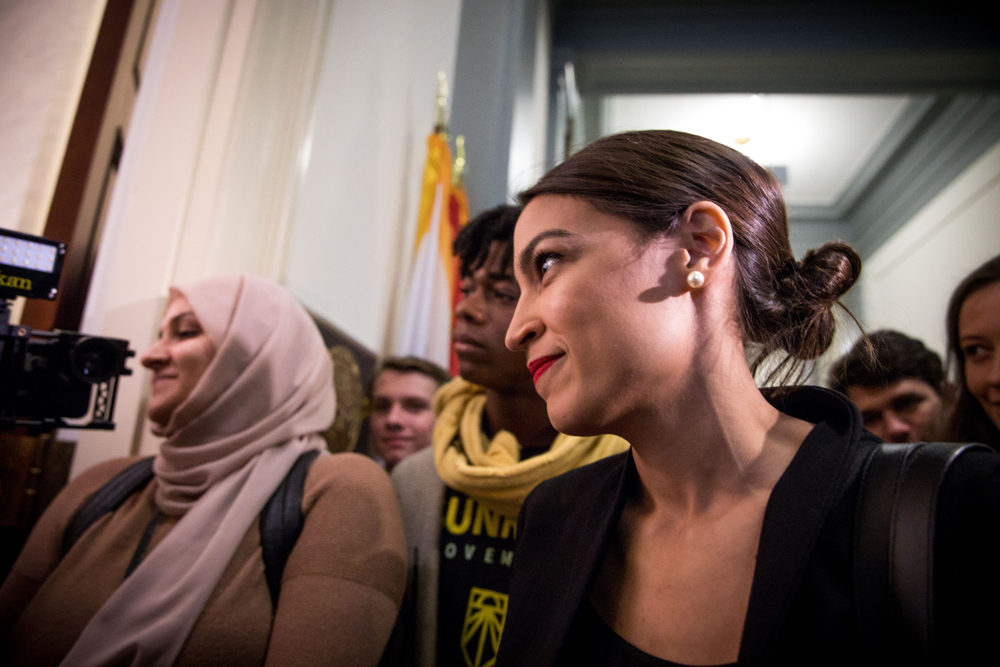 It’s Ramadan and Muslims everywhere are observing the month through fasting, prayer and personal reflection. That’s true out on Capitol Hill, too, where the three Muslim members of Congress hosted an iftar along with about 100 invited guests from various religious backgrounds. Representative Ilhan Omar from Minnesota, Representative Rashida Tlaib from Michigan and Representative André Carson from Indiana took the opportunity to talk about their Muslim faith to their colleagues and, of course, talk a little shop. [h/t Washington Post]

Likewise, Representative Alexandria Ocasio-Cortez has spoken about her Catholic faith and is popular among the substantial Muslim population in her district. She said: “When Ilhan prays, when I pray, when Rashida prays, when Ayanna [Pressley] prays, when Jan Schakowsky prays, I believe those prayers all go to the same place — up.”

Jan Shakowsky is a 74-year-old representative who is Jewish, and has been helping younger members of Congress bridge their faith divides. Ocasio-Cortez credited Shakowsky and Michigan Representative Andy Levin with helping find an interfaith community. “They’ve been so key in connecting these dots,” she said. “So much of this quote-unquote controversy is stirred up by folks who are not from either of these communities. That’s not what it’s about. It’s about learning from each other, not turning on each other.”

The question of whether Christians and Muslims worship the same God has been a contentious one theologically. Dr. Larycia Hawkins was embroiled in a heated debate at Wheaton College when she made a similar claim — one that ended with Hawkins being put on administrative leave and finally leaving the school, though Wheaton officials later wrote they made an “error in judgment” in handling her remarks and have named a scholarship after her in a gesture of goodwill. A Wheaton task force assigned to investigate the incident “could not decisively say whether or not Hawkins’ theological views aligned with the school’s doctrinal statement of faith.”

After the dinner, Representative Omar addressed the group by explaining the significance of the Ramadan fast. “It’s about developing understanding for the kind of struggles others go through when they go without,” she said. “It’s about having deeper empathy.”