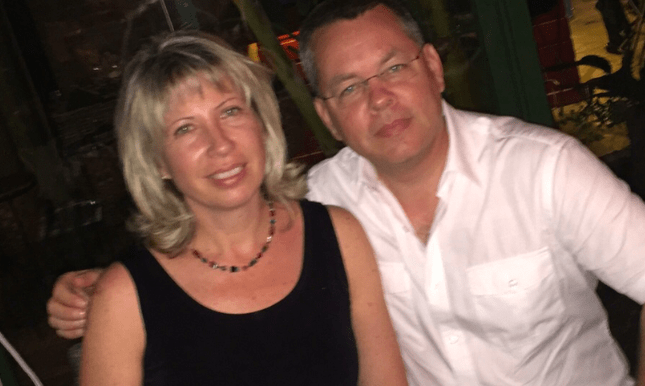 Huge news out of Turkey today, where North Carolina Pastor Andrew Brunson is returning to the United States after spending two years imprisoned in Turkey, where he was being held on espionage charges. The AP reports that Brunson was convicted of a “terror” charge but was nevertheless released from house arrest.

Almost exactly two years ago, President Recep Tayyip Erdoğan’s regime squashed an attempted coup and imprisoned more than 20 Americans as part of a political crackdown, including Brunson and his wife Norine. Norine was released two weeks later, but Andrew was held in prison until July, when he was moved to house arrest.

His case has been a source of great concern for Evangelical leaders, most notably Vice President Mike Pence. Last August, the Trump Administration leveled economic sanctions against Turkey after talks for securing Brunson’s release failed to materialize. The Treasury Department then doubled the aluminum and steel tariffs already in place.

Brunson had lived in Turkey for over 23 years before his imprisonment with his wife and children.