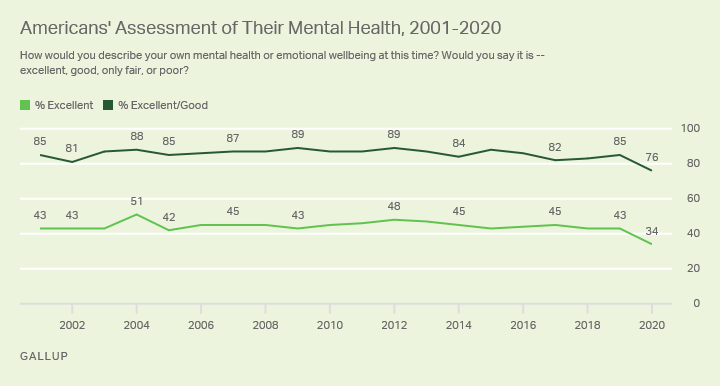 Gallup first started taking an annual pulse of the nation’s mental health in 2001 and since then, between 81 and 88 percent of respondents have said their mental health is either excellent or good. This year’s drop to 76 percent is significant. Hey, did something depressing happen this year?

Early Reviews for ‘Wonder Woman 1984’ Are Over the Moon