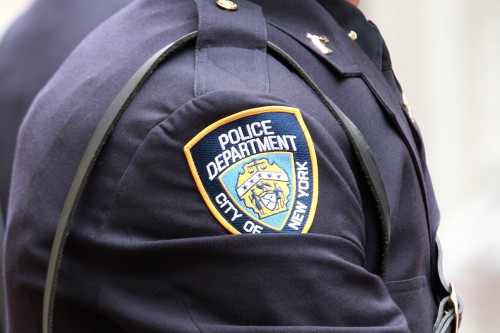 Two NYPD detectives who admitted to having sex with a teenager named Anna Chambers they’d arrested will not be charged with rape or kidnapping, Brooklyn prosecutors announced Wednesday. The former cops, Richard Hall and Eddie Martins, are now facing bribery and official misconduct charges for their behavior during the arrest of Chambers on a minor drug charge.

The Brooklyn DA’s office says that Chambers made some “false, misleading and inconsistent statements” — some of them under oath, although both of the former detectives have admitted to having sex with her, and their DNA was found on her. It is now illegal for police to have sex with people in custody, but those laws did not exist in 2017 when the incident took place.

Michael David is Chambers’ lawyer, and he called the DA’s decision “outrageous” in an interview with the New York Post.

“It was a clear-cut case. She was kidnapped. There was DNA evidence,” he said.

“You can’t have consent, when you have two cops on duty. These are two cops over six feet, over two hundred pounds,” he said.

“She is 5-foot-2, 90 pounds,” he added of Chambers, who did not attend Wednesday’s court hearing.

“They have guns, they have handcuffs. You can’t have consent under those circumstances.”

While the most serious charges have been dropped, Hall and Martins are facing a new indictment.

“We are fully committed to holding to holding these defendants accountable by vigorously pursuing the charges in this case that can be proven with independent and reliable evidence,” a spokesperson for the DA’s office told the New York Daily News. “We believe — as the newly-created statute recognizes — that any sexual conduct between police officers and a person in their custody should constitute a crime. However, that was not the law at the time of the incident.”

David says he plans on taking the case to the U.S. Attorney’s office.