On Sunday, the two defendants in the highly publicized Steubenville rape trial were pronounced guilty. Yet I wonder how many more people would have had to stand to hear their sentence if not only the perpetrators had been convicted, but the bystanders too. And in this case, there are a lot of them.

17-year-old Ma’lik Richmond and 16-year-old Trent Mays raped an intoxicated and unconscious 16-year-old girl last August, making the grotesque mistake of believing their status as small-town football heroes entitled them to do so. As a result, Richmond and Mays will be serving a minimum of one and two years, respectively, as well as becoming registered as sex offenders. Mays was also convicted for the distribution of a nude photo of the victim.

But certainly they aren’t the only offenders here. This is not to detract from their crime by any means, but rather to add to the gravity of it. Certainly, for a violation of this scale, there are others who should have been standing with them on Sunday to hear their verdict—simply because there were others at the party that night.

Numerous photos, text messages and a video of the victim, undressed and incapacitated, proliferated that night and the following day, all pointing to one thing: There were others present who chose to record the violation of a young woman rather than intervene, claiming on social media that she “deserved” it. Only when pressed in legal proceedings did juvenile witnesses admit that they did nothing because the sexual acts did not appear “violent” or “forceful,” though they were indeed forced.

As Ohio Attorney General Mike DeWine put it, the girl was “revictimized” through social media. A sampling of tweets from partygoers and trial observers alike will show you that’s not too strong a word.

But the ugliness of the bystander syndrome doesn’t even end there. Next it showed up in the news reporting of trial proceedings, perhaps most notably, in the comments made by CNN anchor Candy Crowley and Poppy Harlow lamenting the compromise of the “promising futures” of these star students and athletes due to a sex-offender status that will “will haunt them for the rest of their lives.” They did not comment on the scars that will likely haunt the victim for the rest of her life. Such comments elicited an online petition approaching 100,000 signatures for CNN to apologize.

Other news outlets moralized the incident, arguing the real lesson is the danger of over-sharing on social media and not the severity of rape, or blame-shifting to the victim herself.

In essence, such commentators were “standing by,” confronted with the reality of rape, and choosing to look the other way with a sympathetic eye toward her perpetrators instead.

And the ripple effect of incrimination extends even further than this, for the atrocities of Steubenville are indicative of a widespread cultural problem.

We are increasingly becoming a society of bystanders—making media of human suffering, filling our hands with cameras, phones and typepads so that we have no free hand to lend to those who need it most.

Our inclination to stand by and do nothing in the face of human injustice is a a beastly epidemic, fed by the ease of unfiltered social media use and the artificial distance created between digital “reality” and moral repercussions. So we report and even consume news of women being raped, children being bullied, nations being oppressed, standing by, out of the way, and doing nothing to stop such incidences from happening again.

It happened last December when a news photographer made a choice in a moment of crisis, and snapped his shutter rather than using that same hand to reach out to a man who had been pushed onto the subway tracks. The New York Post published the result on the front-page the next day—an image of a man about to meet his death while his photographer stood safely behind a lens.

It’s happening right now as media perpetuates the comical absurdity of North Korea’s latest episodes of outlandishness, and as Google Maps users submitting mock “reviews” of the nation’s prison camps as if they were 5-star resorts and not the largest and most inhumane prison camp of our time.

It happened closer to home for me last fall, when I first heard the news of a shooting on my sister’s first day back to high school because it was trending on Twitter, along with 140-character gems of human compassion such as, “Looks like Perry Hall High School started off this year with a bang.” Meanwhile, a critically injured special needs student was being airlifted to the hospital, and my sister and her classmates were herded into lockdown mode. They were told not to look as they walked past the cafeteria before anyone could clean up the blood.

We see the classic prototype of the bystander—and his antithesis—in Luke 10, when Jesus is asked by a teacher of the law who qualifies as his neighbor.

Jesus responds with a parable. A man was traveling when he was attacked by robbers, stripped, beaten and left for dead on the side of the road, he says. Two religious leaders walk by, seeing him there, and rather than risk an excursion outside their routine or convenience, they simply cross to the other side of the road and continue on their way. But then a Samaritan walks by, and seeing the man, “he took pity on him” (Luke 10:33). The Good Samaritan clothes, feeds, restores and shelters the man until he is well.

Perhaps this is what theologians mean when they talk about the difference between sins of commission and sins of omission. Likely the priest and Levite who “stood by” this man’s suffering would have never personally committed the violent crimes against him. But doing nothing, a sin of omission, is just as indicting. This is the theological impetus we see in Abraham Verghese’s Cutting for Stone: “Not only our actions, but also our omissions, become our destiny.”

Maybe we would never put our hand to committing the sins that so disgust us in others. But would we stand by and do nothing while others did? Would we turn a blind eye, snap a photo for a later laugh, or cross to the other side of the road and continue on our way?

We may not have been physically present at the scene of the crime to intervene, but we can use our voices to intervene now—especially as we head into April as Sexual Assault Awareness Month. How we talk about rape and its victims matters. How we champion the protection of human dignity, while calling out and holding those responsible who exploit it, matters. These offenses cannot be downplayed if we want to prevent them from happening again.

If standing by and doing nothing makes monsters of us all, whether at the scene of the crime, the national platform of the morning news, or our social media feeds, then to reverse this we must rise up. Like the Good Samaritan, our primary response to human exploitation must be to act with selfless compassion.

As Jesus concluded this parable, His words to the expert in the law remain just as much a challenge for us today: “Go and do likewise.”

Stephanie S. Smith is a twentysomething writer and editor addicted to print and pixels. She works as content development editor at RELEVANT Media Group and blogs about the Incarnation and embodied faith at stephindialogue.com. Catch her tweeting at @stephindialogue. 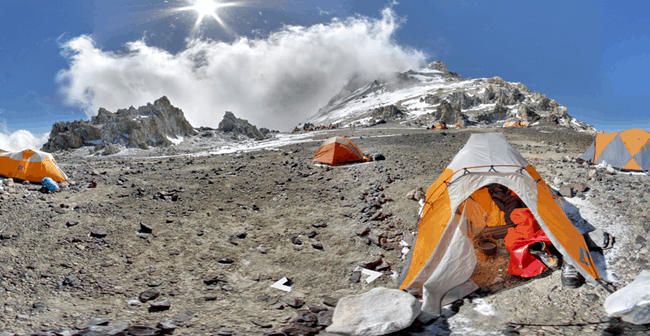 Google Street View on the Top of the World 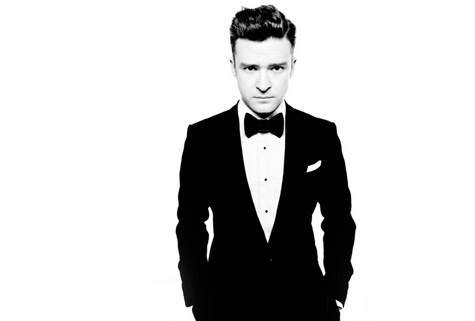