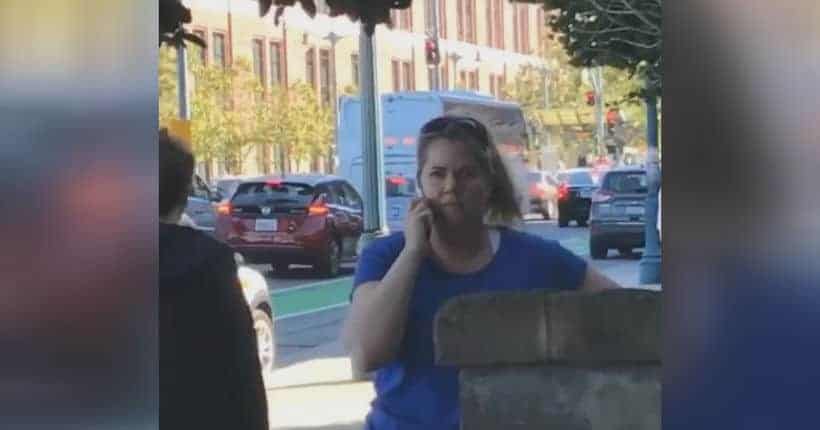 Ah, summer. Long days at the beach or the lake with family and friends. Hot summer nights grilling out or taking the dog for a walk. Little kids splashing around in the sprinklers or setting up a lemonade stand. A lemonade stand for which those little cheapskates had better have acquired all the requisite legal permits or so help you, you’re gonna teach them all a thing or two about the most important summer activity of all: following the rules.

Sound overboard? Well, not if you’re Bay Area resident Alison Ettel, who happened across an 8-year-old child selling bottled water and could not abide the fact that this child had not gotten a legal permit. So she did what nobody would do and called the police on her, as recorded by the girl’s mother.

The post went viral and karma had its say. Ettel was promptly dragged up and down Twitter after being christened “Permit Patti,” but the best consequence came via a musician named John Brannon, who learned that the girl had been selling water in an attempt to afford tickets to Disneyland. Brannon was moved to just buy her the tickets himself. The girl’s mother captured her reaction on video, and it’s as priceless as you’d hope.

So, all’s well that ends well. A little girl and her family get to go to Disneyland. The internet gets to feel nice about making something good happen. Ettel, well, she lost a business relationship with a medical marijuana dispensary since she’s the CEO of a small company that creates marijuana for pets? (This is San Francisco, after all.) Hopefully, everybody’s learned a little lesson.

Random Fact of the Day: ’The Office’ and ‘Better Call Saul’ Star Mark Proksch Was Once a Local News Prankster Named ‘K-Strass’