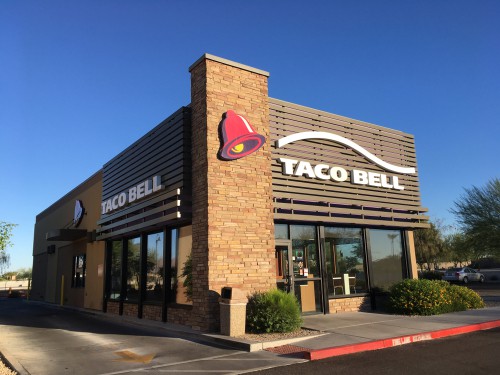 Jeremy Taylor is a 36-year-old avid outdoorsman and a big fan of Taco Bell’s fire sauce, which ended up being fortunate. He and his dog Ally were out in the Deschutes National Forest when the increasing snowfall immobilized his 4Runner, leaving the pair stranded. Taylor and Ally were stuck for five harrowing days, surviving by periodically turning on the engine to warm up and rationing a supply of Taco Bell’s free hot sauce packets.

And then, on Friday, they were found by a snowmobiler who alerted a Search and Rescue team, and Taylor and Ally were saved — safe and sound, a little hungry, but much less hungry than they would have been without that hot sauce. And now, they’re not going to have any reason to be hungry for at least a year.

“We’re very glad Jeremy and Ally are okay,” said Taco Bell in a statement. “We know our sauce packets are amazing, but this takes it to a whole new level. We’re in touch with Jeremy and have sent him a well-deserved care package, a year’s supply of Taco Bell, and of course, all the sauce packets that come with it.”

A year’s supply of Taco Bell? Well, there are worse things — like, say, freezing to death in a car.

‘Captain Marvel’ Doesn’t Honor the Awesome Hero at Its Center