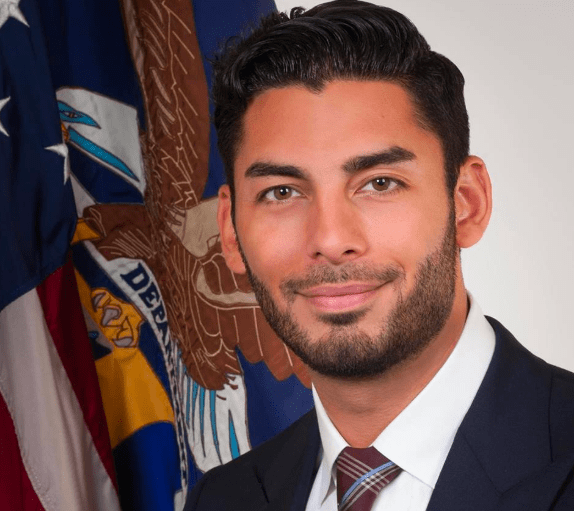 For a long time, Democrat Ammar Campa-Najjar’s campaign to unseat incumbent Republican Representative Duncan Hunter was considered a long shot. After all, the two are squaring off in the comfortably conservative suburbs of San Diego, California. But then Hunter was hit with a federal indictment for misusing campaign funds on everything from a family vacation to a $600 airline ticket for a pet rabbit (seriously!), and Campa-Najjar’s fortunates started to look up. Hunter retaliated with some particularly vicious attack ads, which strongly suggest Campa-Najjar has radical Islamic terrorist sympathies.

Campa-Najjar’s paternal grandfather is Muhammad Youssef al-Najjar, who was a member of the 1972 conspiracy to murder Israeli athletes at the Olympic games in Germany. Campa-Najjar, whose father came to the United States from the Middle East and whose mother is a Mexican-American. Campa-Najjar has been very open about the atrocities committed by his grandfather, and distanced himself from them. In fact, Campa-Najjar is a Christian.

His first job was as a janitor at Eastlake Community Church, where he later became a youth leader, according to his then-pastor Mike Meeks. “Before he left for college he grew up serving our janitorial staff, worship team and youth ministry where he even gave Sunday Youth group sermons,” Meeks told the Washington Post. “When he served in federal government, we talked regularly about life and the faith challenges of following Jesus in today’s world.”

Later, he moved in with his uncle, a Catholic priest. He ended up working in the White House during the Obama administration, during which time he had a thorough vetting from the FBI.

The New York Times reports that Hunter’s baseless accusations are part of a troubling trend in politics in which far flimsier connections to the Middle East than Campa-Najjar’s are conflated with terrorist sympathies. For example, Aftab Pureval’s opponent in Ohio has tied him to terrorism for his work at law firm that settled terrorism-related lawsuits in Lybia (Congress approved the settlements, and Pureval was not involved in them). In Virginia, Abigail Spanberger is being blasted for her connection to a Muslim school where she taught English as a substitute teacher.

Here Is the Greatest Baby Halloween Costume of All Time