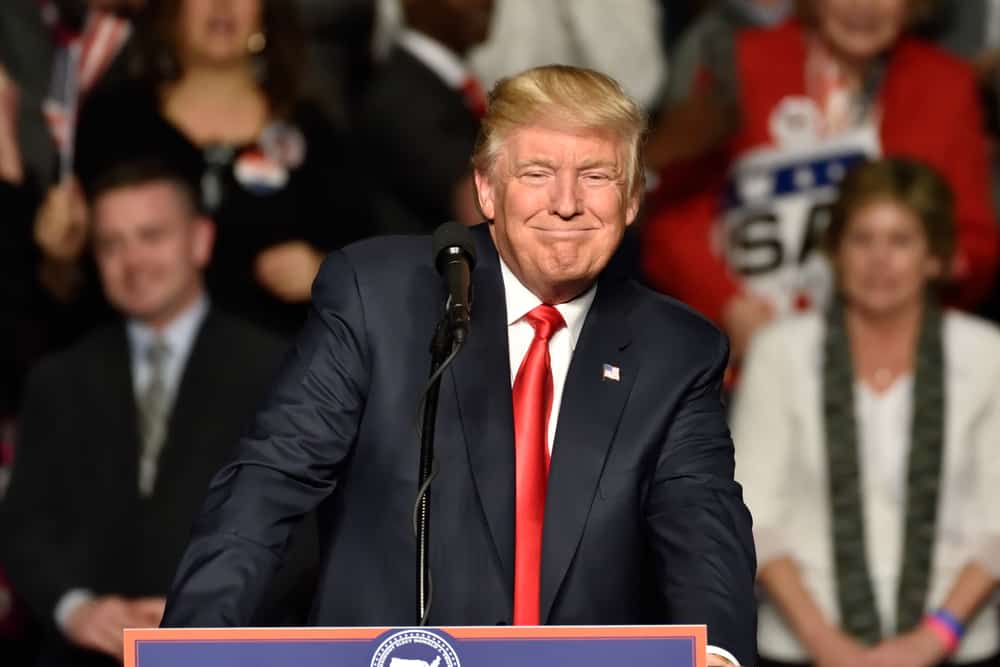 In a series of tweets, President Trump blamed Democrats and the Mexican government for allowing undocumented Mexican immigrants into the country, exclaiming “NO MORE DACA DEAL” in one of the tweets.

Just an hour and a half after tweeting “HAPPY EASTER,” the president began tweeting about Mexican immigrants and DACA. The tweets are said to have been inspired by a Fox News segment about caravans of Mexicans coming across the border into the United States.

Border Patrol Agents are not allowed to properly do their job at the Border because of ridiculous liberal (Democrat) laws like Catch & Release. Getting more dangerous. “Caravans” coming. Republicans must go to Nuclear Option to pass tough laws NOW. NO MORE DACA DEAL!

Mexico is doing very little, if not NOTHING, at stopping people from flowing into Mexico through their Southern Border, and then into the U.S. They laugh at our dumb immigration laws. They must stop the big drug and people flows, or I will stop their cash cow, NAFTA. NEED WALL!

These big flows of people are all trying to take advantage of DACA. They want in on the act!

The tweets have been criticized not only because of the divisiveness of the message on Easter Sunday, but also because they may suggest the president doesn’t understand the way DACA works. Undocumented immigrants—from any country, not just Mexico—are only eligible for DACA if they lived in the U.S. since 2007, got here before turning 16 and were younger than 31 in June 2012. So none of the “big flows of people” who “are all trying to take advantage of DACA” would actually be eligible for the program as it stands now.

Hundreds of thousands of DACA recipients—all young people who likely don’t know any other country as home—are currently only being protected by the program because federal judges have ruled that the way Trump ended the protection was “arbitrary and capricious.”

The president continued his immigration comments on Twitter Monday.

Mexico has the absolute power not to let these large “Caravans” of people enter their country. They must stop them at their Northern Border, which they can do because their border laws work, not allow them to pass through into our country, which has no effective border laws…..

…Congress must immediately pass Border Legislation, use Nuclear Option if necessary, to stop the massive inflow of Drugs and People. Border Patrol Agents (and ICE) are GREAT, but the weak Dem laws don’t allow them to do their job. Act now Congress, our country is being stolen!

DACA is dead because the Democrats didn’t care or act, and now everyone wants to get onto the DACA bandwagon… No longer works. Must build Wall and secure our borders with proper Border legislation. Democrats want No Borders, hence drugs and crime!

10 Things Every Person (Couple) Has Felt While Doing Their Taxes