The National Oceanic and Atmospheric Administration (NOAA) announced this week that 2012 was the hottest year in America’s record, as well as the second-worst in national history for extreme weather disasters—such as this summer’s debilitating drought and Hurricane Sandy.

It’s alarming news, to be sure, stirring up the burgeoning international conversation on global warming. But for Christians, environmental news such as this is easy to brush off, at best, as secondary to more spiritually important tasks like evangelism and, at worst, as liberal propaganda.

Yet as part of God’s creation, perhaps it’s time to re-evaluate our understanding of the environment and its relationship to the Gospel.

Christians tend to see the universe in three separate categories: God, humanity and the rest of creation. But when the Bible describes the universe, it uses a different taxonomy. The categories of life are simpler: God and not-God. There is Creator, and there is creation. Humanity is simply one layer of creation.

Of course, we are unique as image-bearers of the Creator—the crown of His creation. But we are not separate from creation. We breathe the same air as ospreys, apes and river otters. As Solomon said, both humans and animals have the same breath: “All are from the dust, and to dust all return” (Ecclesiastes 3:19-20). We have more in common with the animal kingdom than we might like to admit.

Psalm 8 articulates this point perfectly. Compared with the exquisite grandeur of the cosmos, the writer exclaims, “What is mankind that you are mindful of them, human beings that you care for them?” When we behold creation on its grand scale, and ourselves in its midst, we can’t help but be humbled. This makes it all the more wonderful that God should care about us in a particular way, since we are all made of the same stuff.

Could it be, then, that environmentalism is more than just a buzzword crafted by a political party? Could it be that the green movement cares for a cause very near to the heart of the Creator? Certainly, God created men and women to uniquely reflect His image, but does that mean we can afford to neglect the rest of His creation?

Some Christians want to dismiss the environment as a lesser issue compared with the weightiness of the Gospel. But if the Gospel is the story of how the life, death and resurrection of Christ redeems and renews believers and all creation with them, then the proper care of the earth becomes a Gospel implication.

It is Jesus who, through His work of redemption, will make all things new (Revelation 21:5). The work of Christ is not relegated to the forgiveness of sins. By His work on the cross, Jesus is reconciling all things to God, even things on the earth (Colossians 1:20). In fact, the renewing of creation is tied to the renewing of believers (Romans 8:19-23).

Of course, Jesus was not a patron saint for climate change. We can’t remake Him into a politician’s image. He is not a pioneer for ecological cultivation. But if by the word “green” we mean compassionate care for the environment, then Jesus is greener than any activist could ever hope to be. And if that’s so, we should follow His lead.

The Bible says that all things were made through Jesus and that without Him, there is nothing made that was made (John 1:3). By means of Jesus, all things were created, and in Him all things hold together (Colossians 1:16-17). Furthermore, Jesus “upholds the universe by the word of his power” (Hebrews 1:3).

This theology has many implications. All icebergs were made through Jesus (John 1:3). All whales were created through Christ and He holds their species together (Colossians 1:16). He upholds the ozone layer by the word of His power (Hebrews 1:3). The earth is the spinning, blue Word of God, and He sustains it constantly.

So, pollution is more than poor stewardship of the earth. Oil spills do more than just kill wildlife. Littering cannot be reduced to petty vandalism.

Because Jesus sustains creation, pollution is at odds with His purposes. Because Jesus holds this world together, oil spills are an insult to His design. Because Jesus grows this wild green earth, deforestation is an assault on His creative goodness.

When we tear down the created order by the power of our words, by the threat of our politics and by the indifference of our actions, we set ourselves at odds with the aims of Jesus Christ, the sustainer of the universe. And that is never a wise nor safe place to be.

It’s time we pick up our neglected charge of careful and compassionate cultivation. God gave Adam and Eve the glorious task of making something out of this beautiful world. That involves using its natural resources, harnessing power from the oceans, expanding its civilizations and shaping culture. In these ways, we imitate the creativity of the Creator, and it is good.

But when these endeavors perpetuate the needless destruction of God’s trees (Psalm 104:16), the harmful pollution of God’s earth (Psalm 24:1) and the gratuitous slaughter of God’s animals (Psalm 50:10-11), we have crossed the line of stewardship and set ourselves at odds with His purposes.

If Jesus creates, cares for and sustains the environment, then environmentalism becomes more than a conscientious effort to recycle our aluminum cans. Arbor Day becomes more than just an excuse to plant a tree in the backyard. Christ’s active pursuit of this world’s flourishing means that we are called to join Him. Let’s be His hands in the world today, tilling the earth, cultivating its growth and aligning our hearts with His in the mission to redeem all of creation. 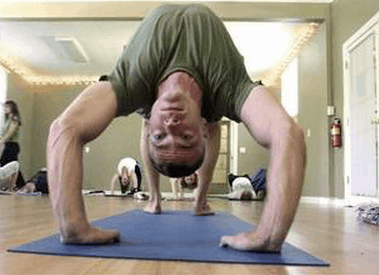 Tony Perkins Is Not Happy About the Military’s Yoga Classes