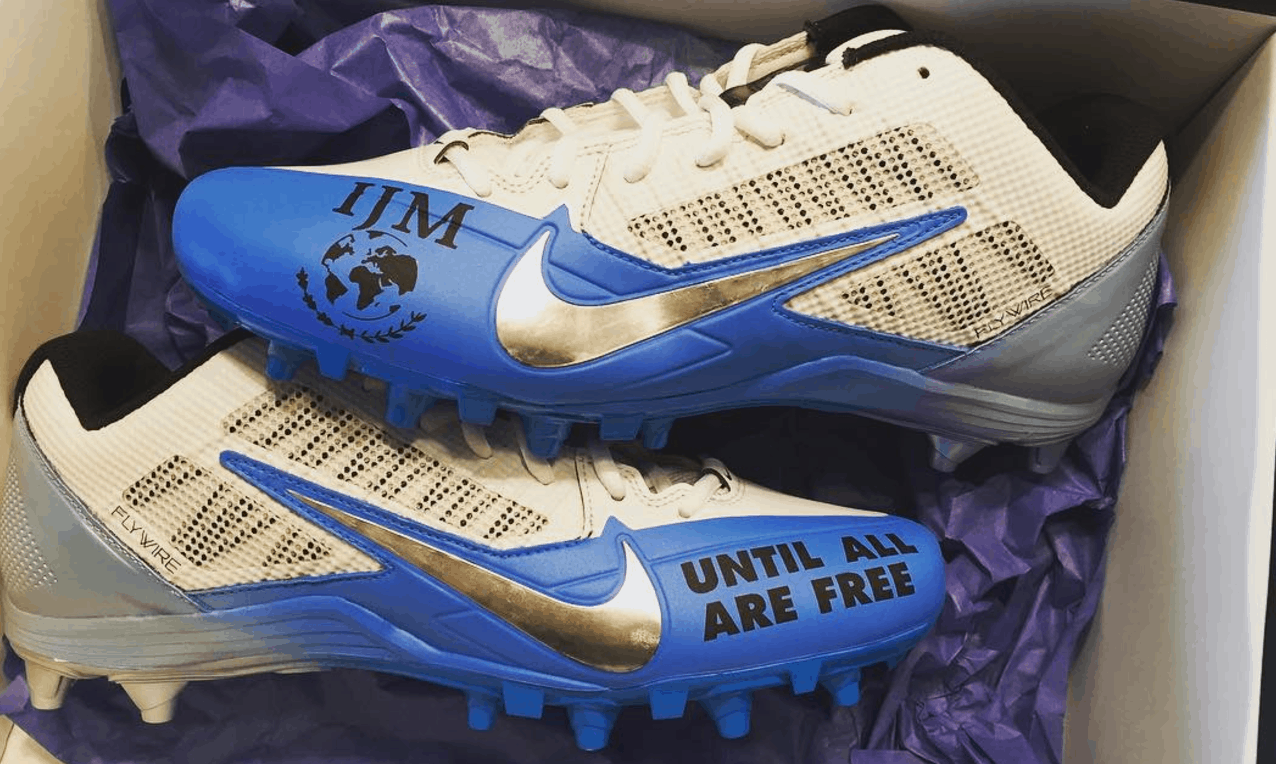 Washington Redskins quarterback Kirk Cousins will don some unique footwear when his team faces off with the Arizona Cardinals next Sunday. Cousins took to Instagram to show off his “Until All Are Free” anti-human trafficking cleats, that show his support for the organization International Justice Mission (IJM).

For one week only, the NFL—who is notoriously strict with their uniform policies—is allowing players to wear pre-approved “Cause Cleats,” that show their support for important social and humanitarian causes.

Cousins has long been an advocate for fighting modern day slavery. Last year, in an op-ed for RELEVANT, he explained,

When I was in high school, my Dad, a pastor, asked me to come to church with him on a Wednesday night. Now, our family went to church every Sunday, but it was unusual for my Dad to ask me to attend the mid-week service. But tonight was different as my dad wanted me to hear the speaker that evening, a man named Gary Haugen …

With clarity and conviction, Gary, the founder and CEO of International Justice Mission, explained that there are tens of millions of slaves in the world today.

Fast forward to 2012. Out of the blue, a Redskins teammate invited me to a benefit dinner for IJM … My wife, Julie, and I were excited to attend and listened as the speaker, Saju Mathew, told the story of Chinnayan … Chinnayan and his wife, pregnant at the time, worked grueling days under the hot Indian sun, crushing rocks into gravel using heavy, rusty tools. Escape was not an option for Chinnayan. Others who had tried were caught, tied to a pole, and beaten mercilessly …

I also wondered if God could use my platform in professional football to do something, anything, to serve the countless other Chinnayan’s in this world.

Last season, after a video of Cousins yelling “‘You like that!” following a big win went viral, Cousins sold T-shirts with the phrase that benefitted IJM.