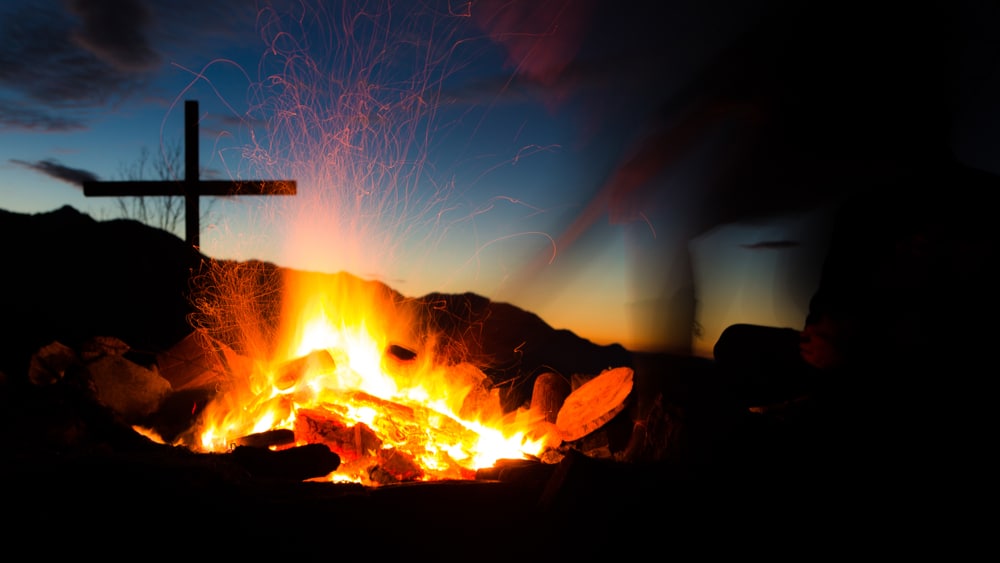 In a Good Friday article about Holy Week, NPR inaccurately described Easter as “the day celebrating the idea that Jesus did not die and go to hell or purgatory or anywhere like that, but rather arose into heaven—is on Sunday.” Aside from being an indecipherable word salad of a sentence, it’s wrong. Easter, obviously, is about the Resurrection.

NPR issued a correction, saying, “Easter—the day Christians celebrate Jesus’ Resurrection—is on Sunday,” but many saw it as too little, too late. Many Christians saw the article as fuel for the narrative that the media is biased against them, but others took issue with the idea that Jesus didn’t go to hell after His death.

The Apostle’s Creed says Jesus “was crucified, died and was buried; He descended into hell.” Many scholars, however, believe that this usage of “hell” refers not to a Gomorrah-like place of damnation, but rather a place of the dead, underscoring the reality of Jesus’ real death on the Cross.

Even that reading, however, has permutations. The 1989 version of the United Methodists Hymnal says Jesus “descended to the dead,” while Joe Rigney, professor at Bethlehem College & Seminary and writer for DesiringGod, wrote in 2015: “Following his death for sin, then, Jesus journeys to Hades, to the City of Death, and rips its gates off the hinges. He liberates Abraham, Isaac, Jacob, David, John the Baptist, and the rest of the Old Testament faithful, ransoming them from the power of Sheol (Psalm 49:15; 86:13; 89:48).

NPR opened a can of worms. Their correction makes no message of hell or Jesus’ presence there. Probably for the best.

Snoop Dogg: ‘I Thought Church Was Supposed to Welcome Sinners’

Attention: Little Caesars Is Giving Away Free Pizza Today Because of a March Madness Bet