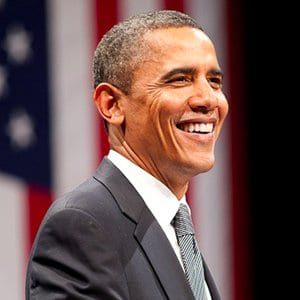 Should pot still be categorized as a Schedule 1 controlled substance? President Obama doesn’t think so.

In his long, winding interview published earlier this week, President Obama told Rolling Stone Magazine that, in terms of governmental involvement, marijuana use should be treated “the same way” as tobacco or alcohol. He said:

I’ve been very clear about my belief that we should try to discourage substance abuse. And I am not somebody who believes that legalization is a panacea. But I do believe that treating this as a public-health issue, the same way we do with cigarettes or alcohol, is the much smarter way to deal with it. Typically how these classifications are changed are not done by presidential edict but are done either legislatively or through the DEA.

Obama suggested that decriminalization of marijuana may be something he is more vocal about once he returns to “private citizen” status.

A Washington Post report points out that this isn’t a new stance for Obama. Among other instances, the president, in a 2014 interview with the New Yorker made virtually the same assessment of marijuana and similar substances.

The president also pointed out that the issue is legally complex when it comes to enacting changes. But, public opinion on the issues is changing. In October, Pew Research released the results of a national survey that shows Americans increasingly favor legalizing the use of marijuana: 57 percent say the use of marijuana “should be made legal.” Ten years ago, according to Pew, only 32 percent favored legalization.

Some Christians are even beginning to see marijuana as a justice issue.

Last year, we at RELEVANT reported growing concerns among Christians about the ethics of the War of Drugs and the social impact of drug laws. We found some who are building a Christian case for the legalization of marijuana.

Here’s an excerpt from our reporting:

Beyond its failure to actually stop people from using drugs, the War on Drugs—with its harsh criminal penalties and prohibition of constantly used substances—has deeper problems. Its enforcement has become unjust and broken, and suddenly, reform is an issue Christians are taking seriously …

Many Christian leaders strongly disagree with the recreational use of marijuana, pointing to Bible verses that prohibit intoxication. But data is increasingly indicating that the policies that regulate it are broken. Even if someone doesn’t agree with the morality of using certain kinds of drugs, the injustice of the broken system is taking a devastating toll.

“For the most part, Jesus didn’t go around changing people through punishment and retribution,” says the Rev. Alexander Sharp, executive director of the group Clergy for a New Drug Policy. “He did it in a much more healing, embracive and compassionate way. That’s just the opposite of the War on Drugs.”

Sharp says reforming drug laws and ending the failed policies of the War on Drugs should be a Christian imperative.

You can read the whole article here.

Chick-fil-A Is Rolling Out Another Food Truck