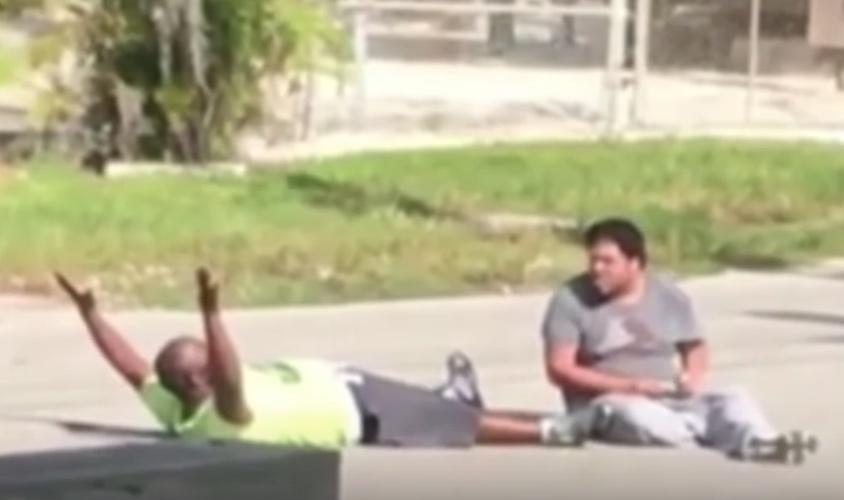 You may remember the incident that led to a Miami police officer being charged with felony counts of attempted manslaughter last year.

Jonathan Aledda shot an unarmed black man, a mental health therapist named Charles Kinsey. At the time he was shot, Kinsey was helping an autistic patient who was holding a toy truck. When police arrived at the scene, at what they said they thought was a suicidal individual, Kinsey laid on the ground with his hands in the air and yelled to officers “All he has is a toy truck, a toy truck. I am a behavioral therapist at a group home.”

Protest erupted in the days following the shooting, but police say that they were actually aiming for the patient, who they say they thought had a gun.

How Women Are Leading the Protests That Could Transform Iran Forever

Aledda was charged with two felonies for attempted manslaughter and a misdemeanor charge of culpable negligence. However, a jury acquitted him of the felony charges. He was found guilty of the lesser charge but, because it is a misdemeanor, he still might be able to keep his job. A previous trial ended in a jury deadlock.

On the witness stand, Aledda said “I believed it was a hostage situation. It appeared he was screaming for mercy or for help or something. In my mind, the white male had a gun.”

For Just $800 a Night, You Can Stay in Tony Stark’s Cabin from ‘Endgame’