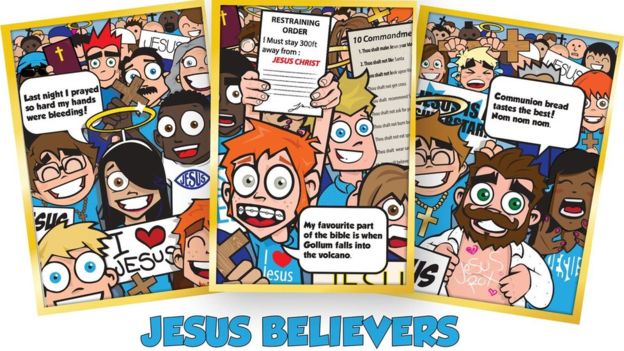 A new Christmas board game has come out of London and it’s causing some controversy. Santa vs Jesus pits two teams against each other in the quest to gain the most “believers.”

Here’s the deal: Jesus is pictured on the cover with nails in his hand flinging fish and bread and Santa is smoking and generally looking unfriendly.

The game came out of a Kickstarter campaign that billed the game as one of the “most complained about game in history”—it reached its goal of more than five thousand dollars in just two days, finishing the campaign with 2,500 dollars more than they needed.

Julian Miller, one of the game’s creators, said the idea came about a few years ago.

“The enthusiasm of our family and friends and the rise in popularity of games such as Cards Against Humanity and Exploding Kittens made us realize there was a gap in the market for a funny tongue-in-cheek game pitting Santa against Jesus.”

The most blasphemous aspect may be that Jesus and Santa are both equally rated in strength, endurance and intelligence.

Toddler With Down Syndrome Stars in OshKosh Holiday Campaign