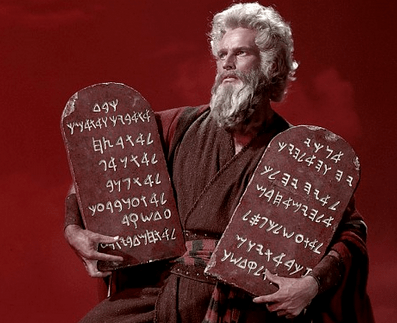 The Governor of Oklahoma says that the state’s Supreme Court “got it wrong” when they ruled that a large monument of the Ten Commandments should be removed from the Statehouse, and is refusing to have it taken down. Republican Gov. Mary Fallin ordered that the large statue stay put while the decision is appealed. Lawmakers also now want voters to decide if the following passage should be removed entirely from the state’s Constitution.

The Ten Commandments statue was paid for privately, but it rests on the Statehouse grounds. The fate of the Ten Commandments monument isn’t the only thing at stake with the ruling. The initial case inspired The Satanic Temple to commission its own statute—a giant monument to the goat-headed Baphomet—to be built and also placed at the courthouse under the same premise. However, after the court’s ruling, the Temple said it would look for a new home their terrifying statue, but now OKC may be back on the table. Things are about to get interesting.

What Does It Mean to Be the Church?