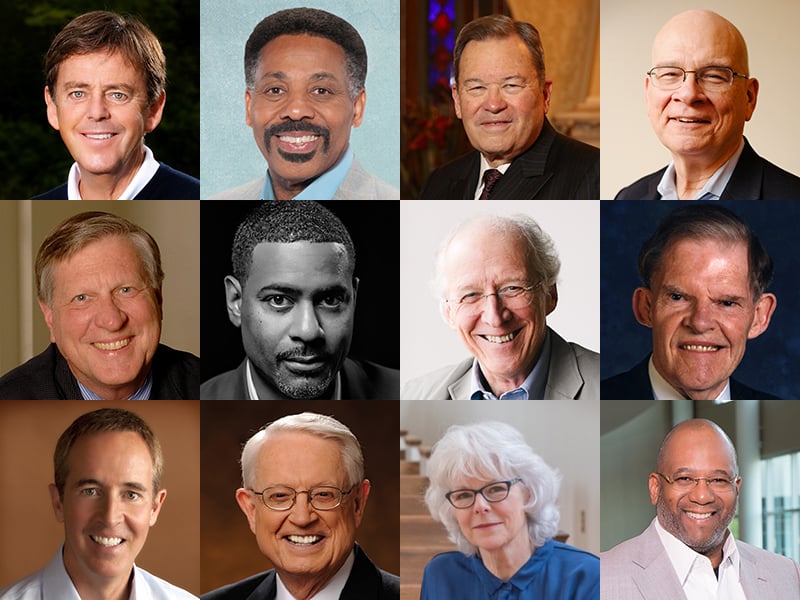 For the second time ever, and for the first time since 1996, Baylor University has released its list of the 12 Most Effective Preachers In America. The list from the ’90s was a game-changer for a lot of honorees, often paving the way for speaking gigs and raising the general prestige of their platform.

Dr. Taylor is the only woman on the list, a note that has drawn some criticism.

Okay, uh, @Baylor, really? One woman?
Apparently, we aren't even close to done having this conversation.
Thanks for covering, @RNS https://t.co/h6L1Q0RBWD

This entire conversation is incredibly disturbing.@kateshellnutt @CTmagazine Not just the list, but Im sure at the level of the 1000 nominees, those assessing, and those commenting. #patriarchy #churchhasmoved #notthefuture #workharder https://t.co/l9nZVnk62o

Fellow honoree Thomas Long, who also appeared alongside Taylor on the 1996 list, told CNN he’s heard plenty of female preachers who could have made the list: “They are powerfully innovative and affecting. By and rights, there ought to be more women on the list.”

Long also talked about how the demands of preachers have changed in the past 20 or so years. In the ’90s, he and his peers could operate on a foundational assumption that their congregants had a strong Christian identity already in place, but now, he says that’s not the case.

“When preachers like Barbara Brown Taylor and myself started out, we assumed there was a Christian faith already in place, and our job was to put some interesting stuff in the lattice work. I’m doing a lot more teaching now.”

• The Rev. Barbara Brown Taylor, Episcopal priest, professor, author and theologian who has served on the faculties of Columbia Theological Seminary, Emory’s Candler School of Theology and Mercer University’s McAfee School of Theology

• The Rev. Ralph Douglas West, founder and senior pastor of The Church Without Walls in Houston

Cheerleaders: Redskins Flew Us Out of the Country, Took Our Passports and Made Us Pose Topless for Male Sponsors