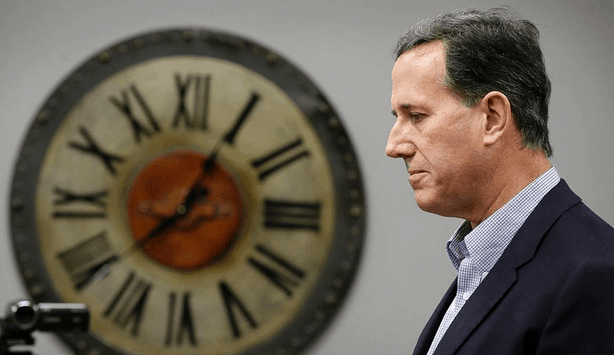 The race toward the 2016 presidential election is well on its way, and Rick Santorum has thrown his hat into the ring as a Republican candidate. On Monday, Santorum stopped into a restaurant in a small town in Iowa for a campaign stop, and only one person was there—Peggy Toft, the chair of the county’s Republican Party.

Santorum chatted with Toft until three other people eventually showed up. Santorum ate lunch with the group and told them what sets him apart from other candidates. He told The Des Moines Register that small events are still a good thing for his campaign: “It’s not glamorous, and you’re not out there raising money, but you’re doing what the money is ultimately supposed to do—getting votes. This is a lot more fun than being on the phone raising money” …