As Evangelical Christians, our faith stands universally recognized by a simple symbol: a cross. The cross is both vertical and horizontal. Vertically, we stand connected to God, His Kingdom, eternal truth and glory. Horizontally, to our left and to our right, we stand connected to family, culture, society and community.

Immigration reform lies along both the vertical and horizontal planes. Vertically, the heart of God stands moved by the plight of the immigrant and the suffering. Horizontally, immigration reform will serve as a reconciliatory prescription for a nation divided by partisan politics.

Correspondingly, we as Christ followers should stand committed to reconciling conviction with compassion, truth with love and righteousness with justice.  At the end of the day, our objective should be to reconcile the Rev. Billy Graham’s message with the Rev. Dr. Martin Luther King Jr.’s march. In doing so, we will advance not the agenda of the Donkey or the Elephant, but exclusively the agenda of the Lamb.

Comprehensive immigration reform stems not from the impetus of political advocacy but rather from the womb of prophetic activism. The Lamb’s agenda activates a culture firewall of righteousness and justice. In other words, in order to defend life, protect liberty and facilitate the platform by which all Americans can pursue happiness, we must apply biblical optics and corrective lenses to treat spiritual and cultural myopia as we address the difficult and divisive immigration reform issue.

Both political parties in Washington D.C. have played the proverbial political football with the issue of comprehensive immigration reform. That’s why it’s wonderful to see the faith community take the lead on this issue that transcends politics.

Some Christians have used the rule of law argument against comprehensive immigration reform. This argument is often framed by pointing to the Biblical passage of Romans 13, which opens with the sentence, “Let every person be subject to the governing authorities.”

However, I would suggest that to really see how the Bible looks at the issue of immigration, and how we should deal with the 11 million undocumented immigrants that reside in our country, one must continue reading the chapter. It continues, “owe no one anything, except to love one another, for the one who loves another has fulfilled the law … You shall love your neighbor as yourself. Love does no wrong to a neighbor; therefore love is the fulfilling of the law.” This passage of the bible does not conflict with the Leviticus 19: 33-34—the passage often used to argue for immigration reform. Rather, it conforms with it, as Leviticus states, “When an alien lives with you in your land, do not mistreat him. The alien living with you must be treated as one of your native-born. Love him as yourself, for you were aliens in Egypt. I am the Lord your God.”

Justice demands that, as a nation, we rise above the political fray. Justice requires us to form a compassionate process of integration for those who have come with a pure purpose of providing for their families a better tomorrow. Justice is not amnesty. Justice secures the border and stops illegal immigration but also builds a bridge where the undocumented can qualify through a strict regimen of metrics, can pay fines and can begin a process of fully embracing the American dream.

In the 1960s, the evangelical community stood on the sidelines as Dr. Martin Luther King Jr. marched for justice. In the 21st century, Evangelicals should refuse to repeat history. We should stand committed to contextualizing the moral imperative behind immigration reform. Driven by Matthew 25 and a commitment to reconcile conviction with compassion, the followers of Christ should lead the charge for immigration reform that protects our values, borders and, more importantly, the image of God in every human being. This commitment is consistent with the image of the cross and the agenda of the Lamb.

Rev. Samuel Rodriguez is the president of the National Hispanic Christian Leadership Conference and author of The Lamb's Agenda: Why Jesus is Calling you to a Life of Righteousness and Justice. 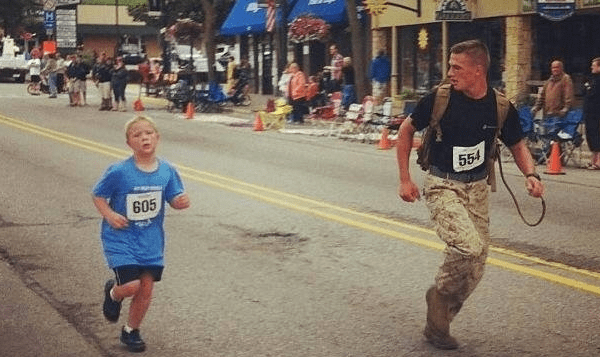 More than 20 Million Millennials Currently Live with Their Parents