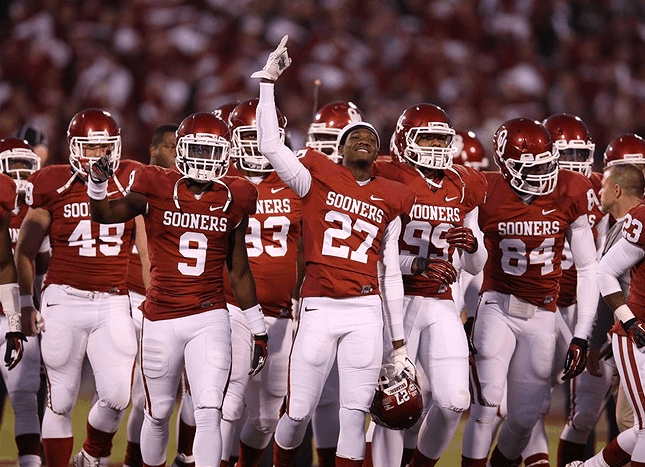 The video of Sigma Alpha Epsilon members’ horrible chant is one of the most purely hateful instances of college campus racism in recent memory, but the administration of Oklahoma University has reacted with inspiring clarity and forcefulness. Without making a single excuse for the students behind the chant, OU president David Boren cut no corners in his condemnation, and two students have already been expelled. Now, the Oklahoma Sooner football team has weighed in with a strong, carefully worded statement.

This single incident brings to the surface pervasive issues that must be confronted and resolved in order for the university to move forward. These types of incidents occur nationwide every single year, and our hope is to shed light on this issue and promote meaningful change at a national level. But before we can change the nation, we make it our mission to change our campus. As student athletes of all races, classes, and creeds, we hope to show the university and the community that we are defined by more than the numbers on our jerseys, and that we are human beings that desire to get to know our classmates as we all attempt to end the culture of exclusivity on this campus.

The statement went on to call for SAE leadership to be “expelled, suspended or otherwise disciplined severely.” The team also announced that it would not practice this week, but would instead silently demonstrate on Owen Field. Upon their return from spring break, the team plans to practice in black. Read the whole statement here.

The First ‘Star Wars’ Spinoff Will Be Called ‘Rogue One.’